Star Wars Poker Set: Persons Using The Force Will be Removed from the Casino

The following post is from Technabob guest writer Jack Kieffer of Cool Gizmo Toys, a site that loves geeky products as well as Pandas. The site isn’t about Pandas, but those are pretty awesome anyway.

You get together with the boys on Wednesday nights and play a couple of hands of poker and lose all of your money. All in all, not that great of a time. (Except for the time when there were four Princess Leia cosplayers who were invited. That – that was fun.) With the Star Wars Poker Set, you’re guaranteed a good time, since anything that involves Star Wars memorabilia is automatically exciting. 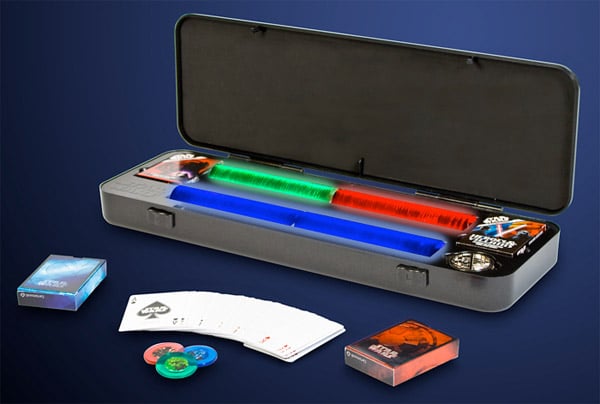 This limited-edition set normally costs £70, or (~$109 USD), but is on sale at Firebox for just £35, (~$55 USD). For this awesome holiday price, you get 200 Star Wars chips that feature greats such as Darth Vader, Luke Skywalker, the saggy version of Obi-Wan, and Yoda. There’s also a metal Death Star dealer chip included.

The Star Wars Poker Set also comes with a carrying case etched with the Star Wars logo on front, and equipped with 72 LEDs inside. Why are there 72 LEDs? To make your poker chips look like lightsabers, of course! The chips are transparent, so the light shines through and gives a cool effect. 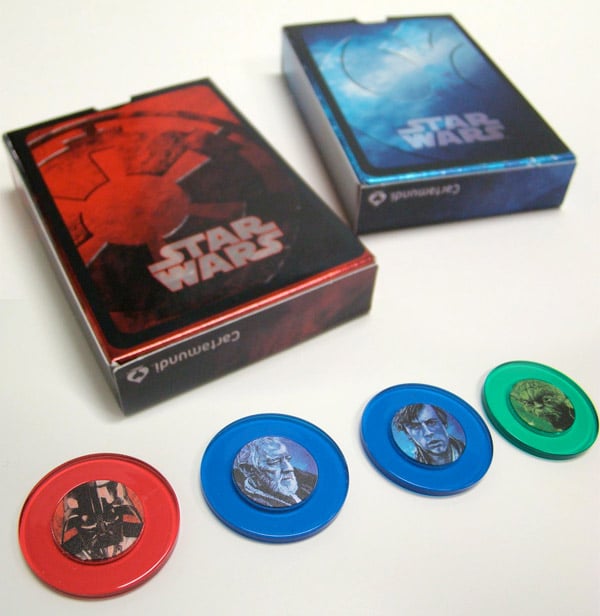 The set also includes two decks of geeky Star Wars cards and two standard decks, so you’re getting a whole lot of bang for your buck. Though not as much as if you were to buy the Exploding Minecraft Creeper Plushie – then you would get your revenge plus an explosion. You know what they say – EXPLOSIONS ARE AMAZING. “Do they really say that?” No, but I do – FIRE IN THE HOLE! *Blows up a watermelon*