Anyone waiting for Art Lebedev’s updated keyboards to come out, I’ve got some good news. Lebedev today started taking pre-orders for the sexy new versions of his colorful, programmable keyboards.

First up is the Optimus Popularis, a compact keyboard with everything but numeric keys. The Popularis is one awesome looking keyboard, with each key offering full programmability, and a tiny, full color screen. 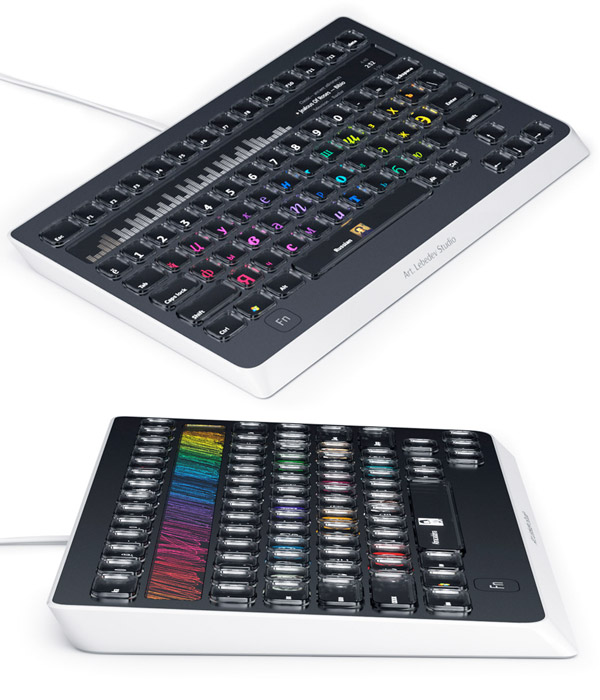 Each key is made up of a 64×64 pixel grid, which can support 262,144 unique colors, and a frame rate of 10fps. That’s right, you can display animation on these keys!  Each one can be set up with custom images for different languages, or special keys to launch specific applications or functions when switching applications. Lebedev says it’s “A million keyboards in one,” and he’s totally spot on. Here are just a few sample configurations: 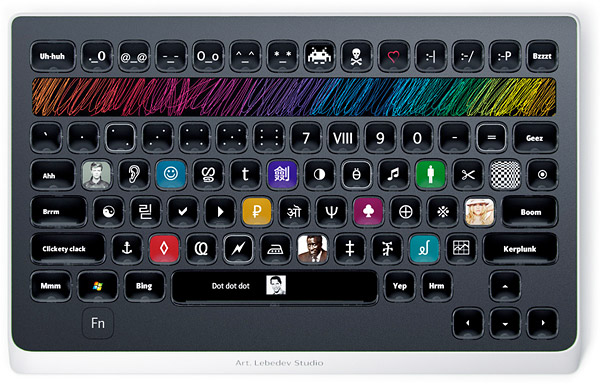 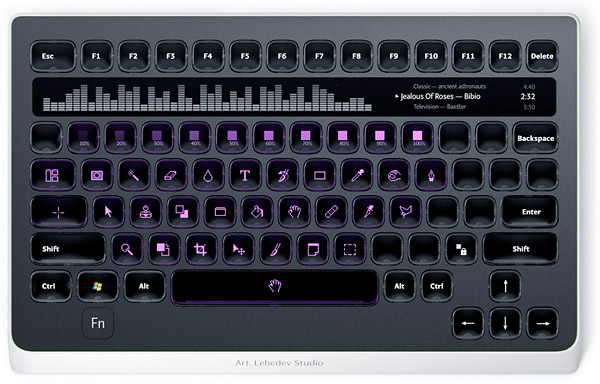 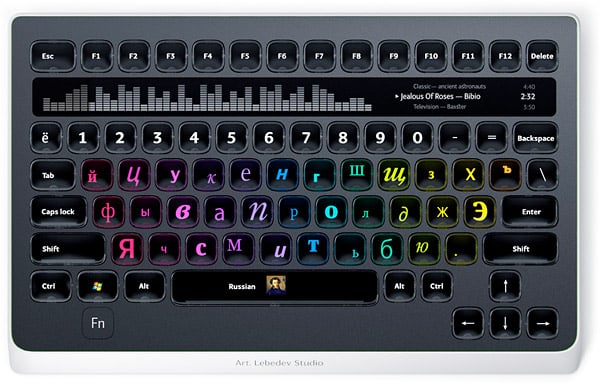 One thing to note is that the keys this time are made using a backlit LCD screen instead of individual OLED screens, which seems like a better approach these days. Though it’s not clear if each key has it’s own individual LCD panel or if there’s just one large LCD behind the keyboard, and the area between the keys acts as a mask. Either way, it still looks awesome. I also love how the new keys are more like those rounded keys found on a Mac keyboard, which is more what I’m used to these days anyhow.

A quick glance reveals a fully customizable display bar between the function keys and the main keyboard, which can be used to display pertinent info like what track you’re listening to, or how many emails you have waiting. 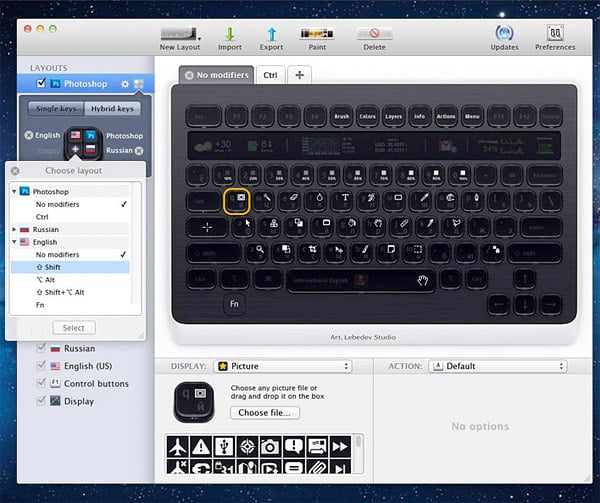 Programming is accomplished with a sophisticated configuration app included with the keyboards – and it’s compatible with Windows XP, Vista, 8 and Mac OS 10.5.1 or higher too.

So now that you’ve wiped the drool off of your current keyboard… the pricetag. The Optimus Popularis isn’t cheap. The pre-order price is 31,500 rubles, which works out to be about $1086 (USD) or 747 (EUR) at today’s exchange rates. Pricey, but sexy as all get out. If that’s too rich for your blood, and you still love the concept, check out the Optimus Mini Six add-on keyboard instead: 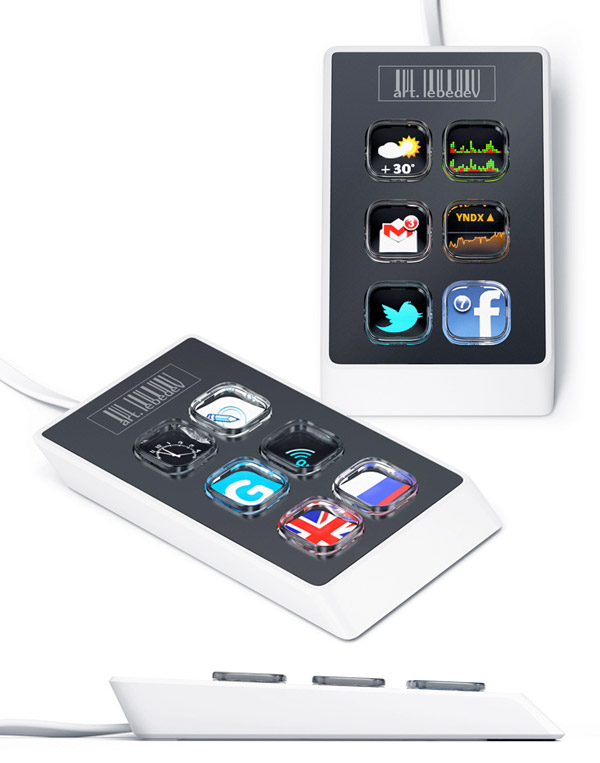 The Mini Six is exactly what it sounds like – a small external keyboard with six programmable LCD keys on it. It supports the same programmability,  and animation capabilities of the full-size keyboard – though it only can handle 65,536 colors. The Mini Six is selling for for 10,900 Rubles, or about $376(USD) or $258 (EUR). Both the Popularis and Mini Six are built from aluminum and plastic components, and have a nice slim profile.

Art Lebedev Studio started to take pre-orders for both the Optimus Popularis and Optimus Mini Six today, with the Popularis shipping June 1, 2012, and the Mini Six not shipping until November 1, 2012. But there is an advantage to that long pre-order wait, as the retail prices will be more than 30% higher once released. Yeouch! Lebedev, does plan on showing off the prototypes at the 2012 CES show next month. I definitely plan on stopping by their booth to see these awesome looking things up close and personal.