Pantone Rubik’s Cube: Easier on the Eyes, Harder to Solve

I’ve known people who love playing with their Rubik’s cubes, and others, usually kids, who just take off the stickers and stick them on again. However, this has to be one of the most stylish Rubik’s cubes out there, and it’s appropriately called Rubitone, since it’s covered with Pantone colors. 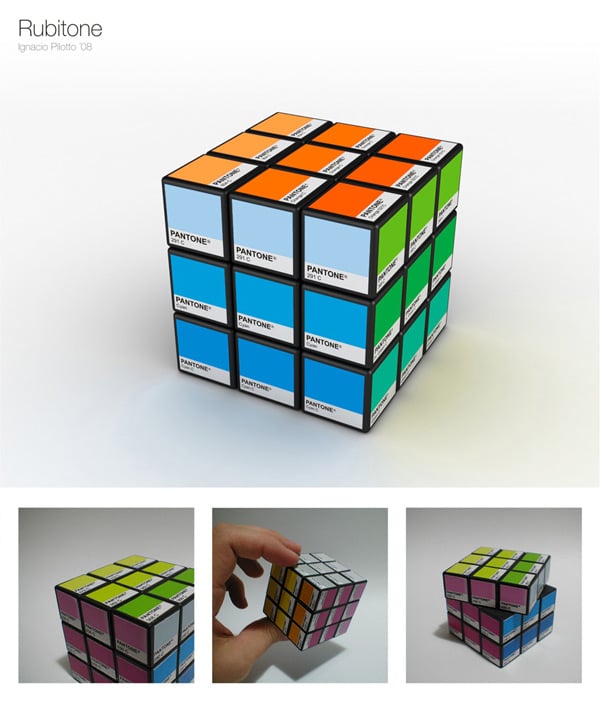 The Rubitone was designed by Ignacio Pilotto back in 2008, but it’s the first time I’ve seen it. The cool thing about this cube is that not all of the cubes on the same side are the same color. Instead, they are different intensities, which makes things interesting and a bit more difficult to solve. At least each row has the same shade. He could have made it even more challenging by making each individual cube a different PMS color.

If you’re a digital artist, it definitely makes choosing the right Pantone color quick, since you have access to 18 selections in one handy cube.