If you are a fan of casemods, the Transformers, and the Xbox 360, you had better get ready to have your mind blown. A dude named Mark Bongo has created a very cool casemod for his Xbox 360 Slim console. The dude gutted the console and put all the innards into the body shell of what appears to be a big remote-controlled version of Bumblebee from Transformers. 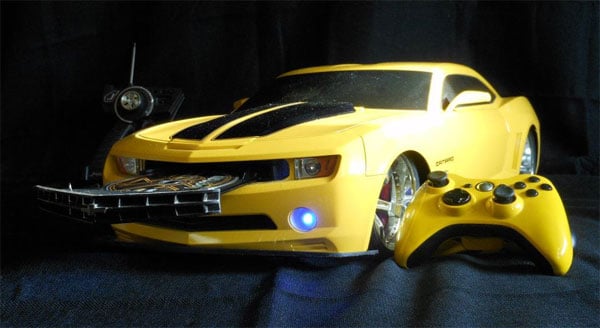 The car is a bright yellow Camaro with black stripes. The CD tray for the game discs slides out of the grill. The back window of the car is a little LCD so you can see menus and other things. Mark also customized the controllers with Autobot logos and custom yellow paint.

Unfortunately, there are no build photos that I can find on how he pulled this off. I want to know if the car still has the motors and batteries inside so it is still remote controlled. Probably not. What do you think, is this the coolest mod or what? 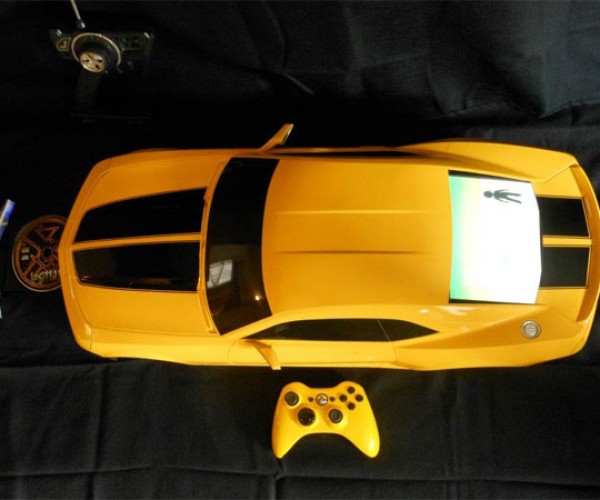 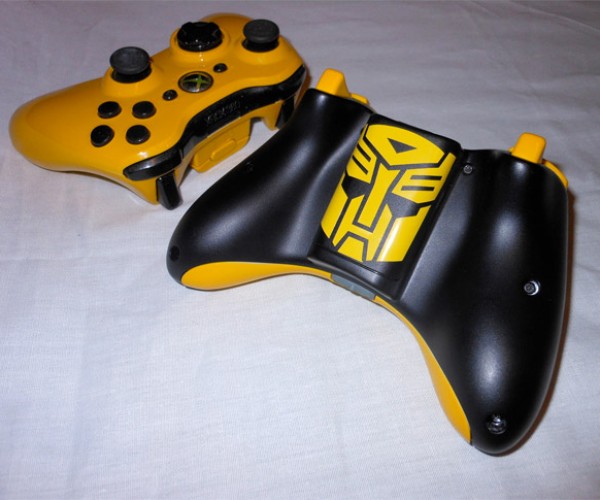 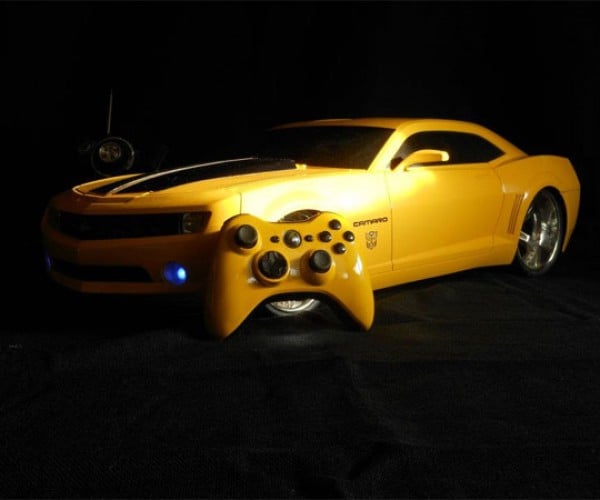 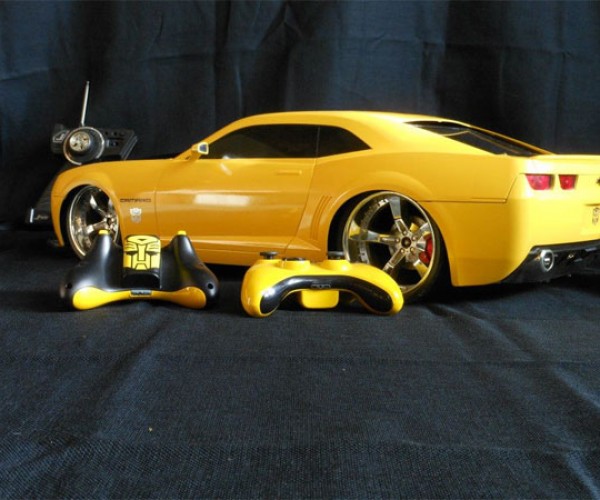 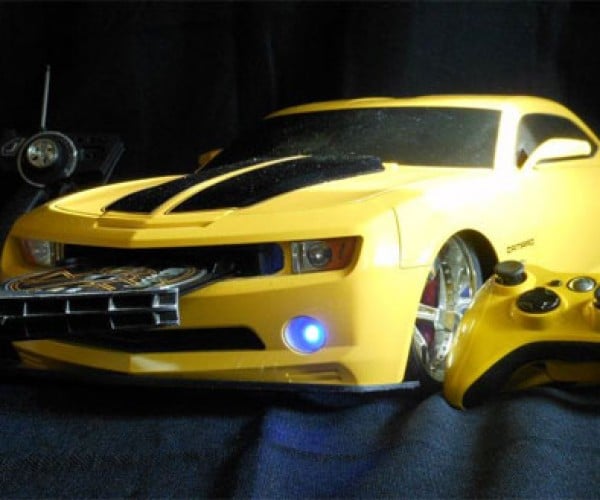