This three-dimensional QR code block looks pretty interesting. What’s even more unusual is that it can also be used as a stool or a mood light. It can also be scanned with your smartphone, as usual with a QR code reader app. 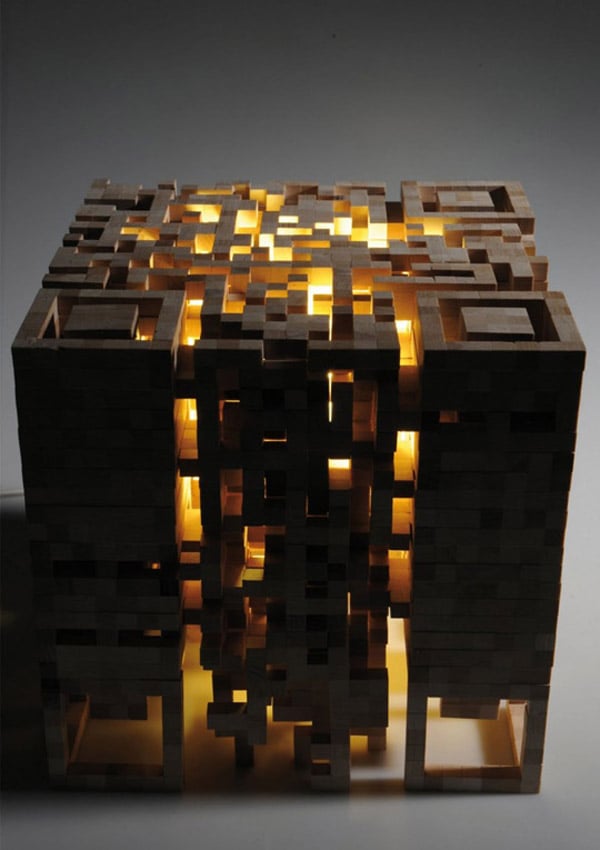 It was created by the German designer Elena Belmann using hundreds of individual wooden cubes. The main reason why she created it was to find out what a two-dimensional object would look like in 3D, and if information could be embedded into a 3D object. She also wanted to find out if the QR code could still be scanned. The answer is yes. She doesn’t say what message or link this particular QR code conceals though. Perhaps it says something like “sit on it.” 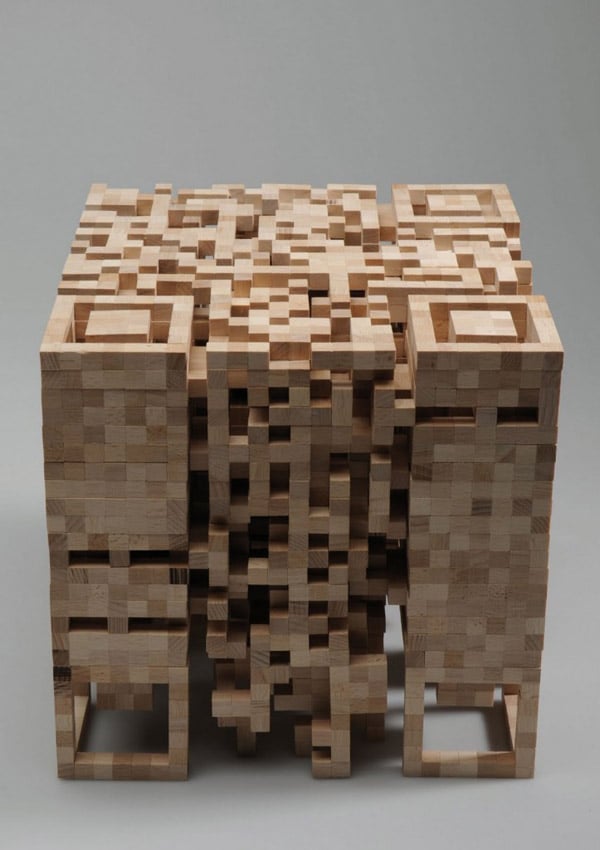 Personally, I’d probably use this intricate structure as a mood light. I’m not a fan of stools, and for some reason, it looks somewhat delicate – and even more uncomfortable.