Jamie and Adam have some explaining to do. While trying to bust their latest myth, they sent a cannonball through someone’s home in Dublin, California. This marks the first time that they have been busted before an actual myth. 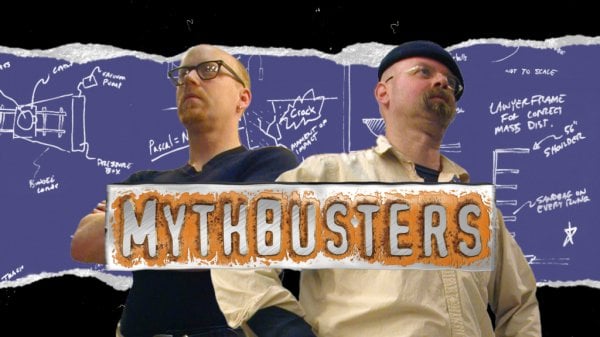 The show was trying to figure out how fast a cannonball could travel, when it misfired and shot hundreds of feet in the air, eventually going through someone’s home, hitting another roof and finally entering a minivan and hitting the dashboard.

When it hit the first home, it entered through the front door and bounced around, heading to the second floor before leaving through a back bedroom wall.

“This cannonball was supposed to go through several barrels of water and through a cinder block, and then ultimately into the side of the hill,” according to J.D. Nelson of the Alameda County Sheriff’s Department.

The team was at the Camp Parks Military Firing Reservation as usual and they must have fired this thing with enormous power to do so much devastation.