Do you have a little girl that you are Christmas shopping for? Forget getting her a My Little Pony. Instead make her a fire-breathing pony. It might scar her for life, but hey, it’s fire. Fire is cool. 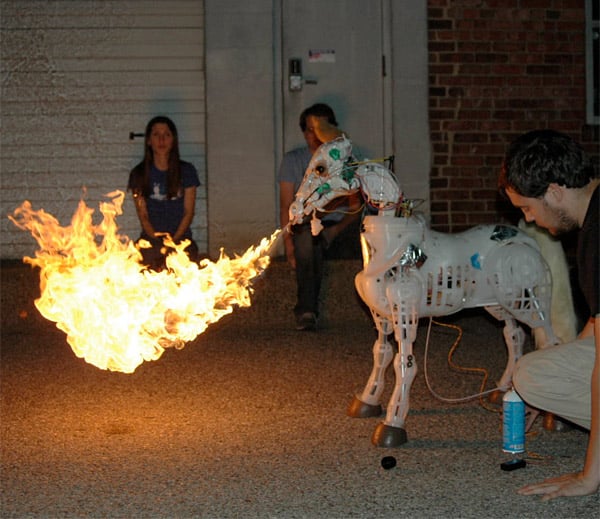 Instructables contributor lvl_joe made this fire-breathing pony out of a FurReal Friends Butterscotch Pony as an entry in their Hack It! Challenge. He combined the robotic pony with a flame thrower, some Arduino boards and other items – resulting in this fiery pony from hell.

If you want to try your hand at this, the full instructions are available on Instructables.

I love the way the neck moves realistically. It looks like an awesome pony of fiery vengeance come down from the heavens to kick ass and burn things to a cinder. Let’s all band together and make an army of these things.