Bluetooth Rearview Mirror is an Accident Waiting to Happen

I think people have enough driving distractions already, with all the gadgets and monitors and screens on every car’s dashboard these days. But the people behind the Bluetooth Rearview Mirror want to add another one with their all-in-one rearview mirror. 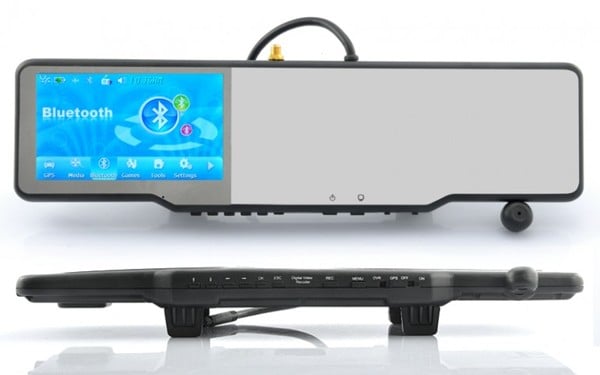 This Bluetooth Rearview Mirror Kit is available from Chinavasion for around $200 (USD). It seems like a pretty hefty price to pay for a rearview mirror, but that’s because (and I’m just stating the obvious here) it’s not just an ordinary rearview mirror.

Aside from that, it’s also a hands-free speakerphone and a wireless rearview parking camera to help you ease into those hard-to-park areas.

So really, what more can you ask for in a rearview mirror? With this baby, you can navigate through tight roads, listen to your favorite tunes, catch a quick flick in traffic, play a few games when you’re bored, and even use it to speak to the 911 operator when you’ve driven yourself into a ditch by the road because of previously-mentioned activities.