Japan-based Kowa Tmsuk is building some very cool toys. And by toys I mean awesome transforming E-cars. This electric vehicle concept is called KOBOT: half robot half mini-car. 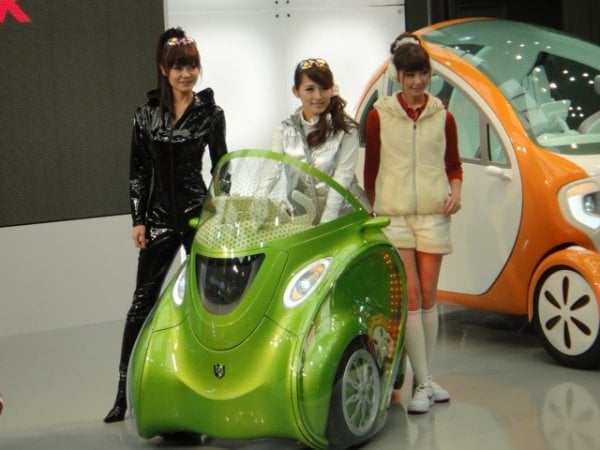 This car can make itself smaller than it already is with the push of a button. That’s pretty convenient for parking in tight spaces. They can also be controlled by smartphones. Just push a button on your phone and it will fold up.

Three prototypes were built to showcase the concept at the Tokyo Motor Show 2011 and hot girls were found to toy around in them, because that’s what people expect at trade shows. The transforming act isn’t just about space constraints, it’s also about security. The seat folds up, the wheelbase contracts, and the panels are hidden. That way, one will make off with your mini-transformer when you are in the store buying a candy bar.

I really hope these things end up on the street someday. They look awesome and are super practical for congested cities.