Samsung Shows Off Bendable OLED Concept: The Future Seems So Much More Flexible

While I love the bright colors and contrast levels you get with OLED displays, I have to say that I’ve been underwhelmed by the fact that they’re pretty much only being used in smartphone displays at this point, as larger panels are still too expensive to produce en masse. And while it still might be a few years before large razor-thin OLED screens might make their way to our living rooms and computer screens, Samsung is already looking way beyond that. 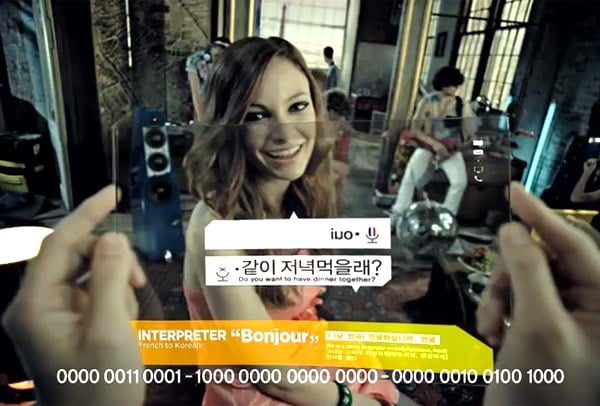 The Korean electronics giant recently released a video showing off the future potential for bendable OLED screens, and it sure looks cool. In this concept video, we get to see the potential for portable displays which can be rolled up, act as a touchscreen interface, and even let you see through them and interact with the environment around you. Here, check it out:

Pretty slick, eh? I for one can’t wait until I can finally buy a device which can be rolled up like a piece of paper. Not because it’s any more practical than a hard surface, just because it’s the stuff of science fiction, and that’s the sort of gadget I just have to have in my collection. While it’s doubtful we’ll see anything as sophisticated as what Samsung shows off in the video in the next few years, they do expect to start producing flexible OLED panels which can be attached to curved surfaces sometime in 2012.