The Insanely Great History of Apple Explains it All for You

Are you a serious Apple fanboy or fangirl? Here’s a poster that you’re probably going to want to hang on your wall. Entitled The Insanely Great History of Apple, it chronicles the past 30 years of technology released by Apple. 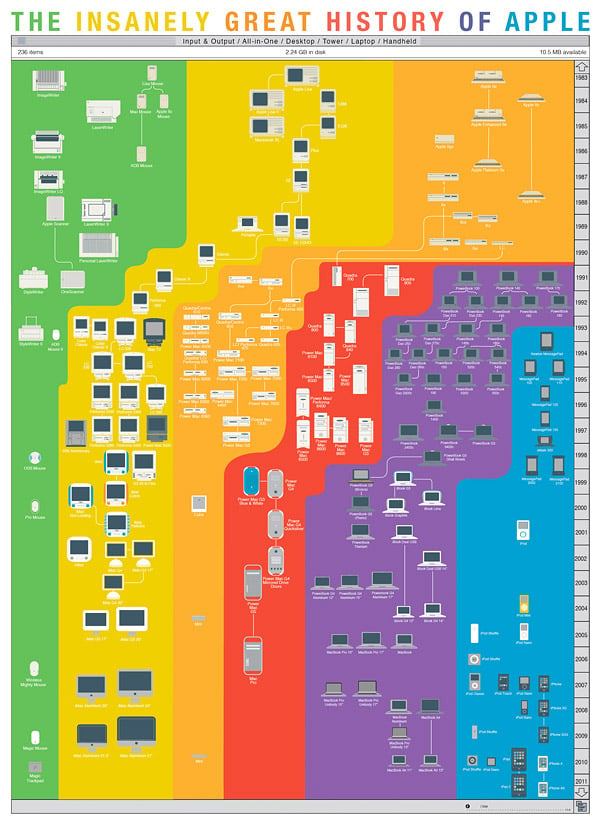 This 18″x24″ wall poster includes some of the best and worst moments in the history of Apple, ranging from the original Apple II to the Mac to the systems of Apple’s “dark” period, like the Quadras, Performas, eMate 300 and the hideous first-gen iBook. You know, the one that looked like a toilet seat. 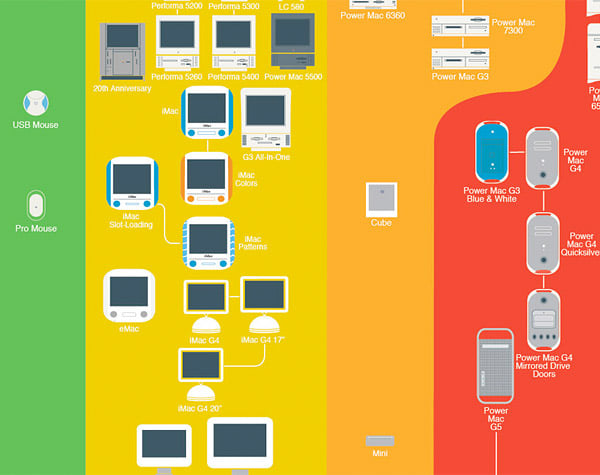 While the chart seems fairly comprehensive from 1983 through 2011 – all the way up to the iPhone 4S, you won’t find Apple’s XServw line, some of the special educational models, or the earliest Apple models like the Apple I, Apple II and II+. I wonder why they chose to skip those. I’m a bit of a completionist, so would like to have seen EVERY Apple system ever. Except for those awful 3rd party clones from the likes of Power Computing, Motorola and UMAX. I’d rather forget that era. 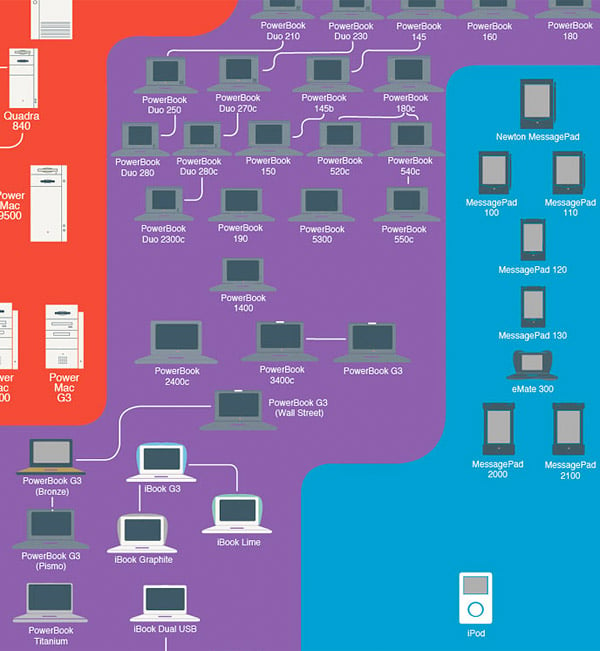 Regardless, it’s still a pretty cool bit of chart-art for Apple fanatics. Each poster is signed and numbered by the artists, from this limited second-edition of just 1000 prints. I you’d like one for your wall, you can order it from Brooklyn’s Pop Chart Labs for $25(USD).