Coby to Unveil Android 4 ICS Tablets Next Month at CES

I think we can all agree the that Coby Electronics brand isn’t exactly known as the epitome of high-end technology. The brand is known for budget-focused devices that generally give up performance, features and build quality for a low price. The last Coby device I mentioned was the $85 smartbook last year. I think it is safe to assume that the tablets Coby will be unveiling at CES next month will be more of the same thing. 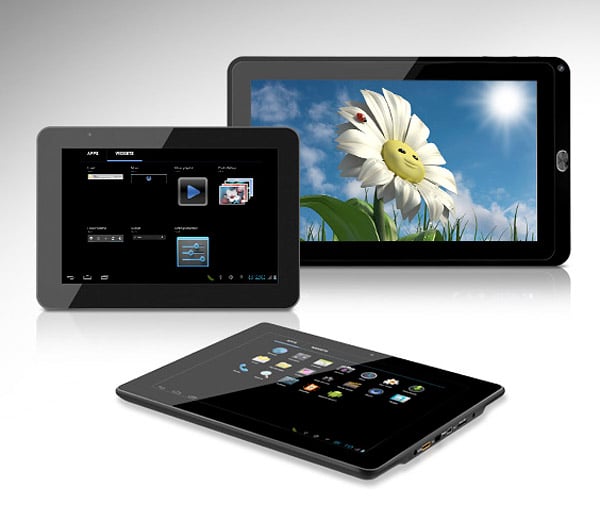 These tablets will likely be very cheap for what they offer. Coby isn’t going all out with the details at this point and has simply stated that it will be offering five different tablets and that all of them will run Android 4.0 Ice Cream Sandwich. The tablets will be offered in 7-inch, 8-inch, 9-inch, 9.7-inch, and 10-inch versions.

They will each have similar hardware features with up to 1GB of RAM, a 1GHz ARM Cortex A8 processor, and multitouch screens with WiFi. The tablets will also have up to 32GB of storage presumably via microSD or SD cards. Pricing and availability are unknown, but that info should land at CES in about a month.