Cut the Rope’s Om Nom Gets His Own Cartoon

Of all the apps out there that I play on my tablet and smartphone, Cut the Rope is one of my favorites. The little cute character Om Nom only wants to eat candy, and I can understand that. The little bugger is cute, and now the creators of the game have offered up a little animated cartoon starring Om Nom for you to enjoy. 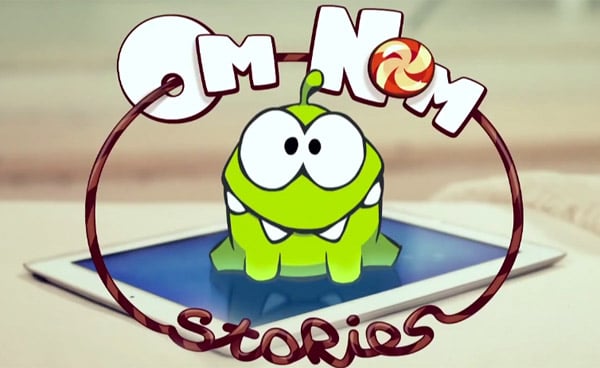 The cartoon is called Om Nom Stories. In it, Om Nom pops out of an iPad when the person isn’t looking and goes exploring. He happens on a tennis ball and tires to eat it, but we all know those things don’t taste good. He spies a bag of eats on the counter and goes searching for candy, when on the way, he encounters the family cat, and wacky hijinx ensue. Check out the cartoon below and see for yourself.

Not an Oscar-worthy plot, but still good fun.