You’ve gotta hand it to schlock gadget merchants of China for their ability to completely laugh in the face of all intellectual property laws. Take, for example, this craptacular version of Angry Birds which you can now buy. 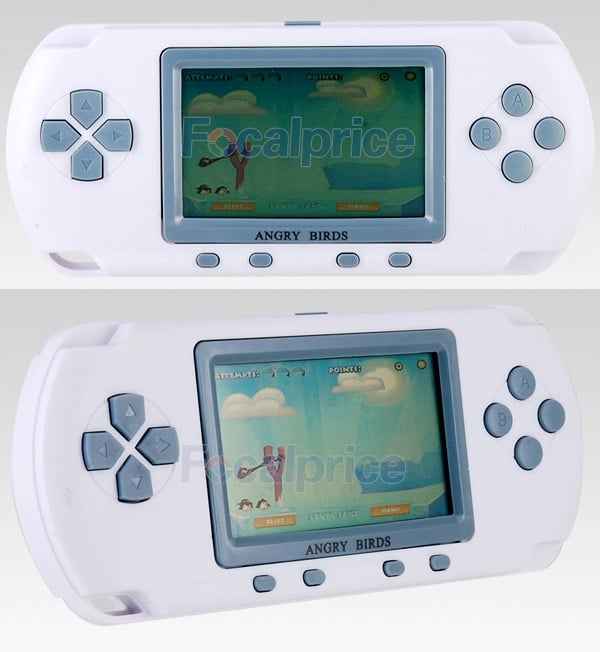 The Angry Birds PSP Game Console not only craps all over Rovio’s trademarked birds and pigs, but also wants to get Sony’s lawyers into the mix as well, aping the style of their PSP handheld, and even using “PSP” on their packaging. 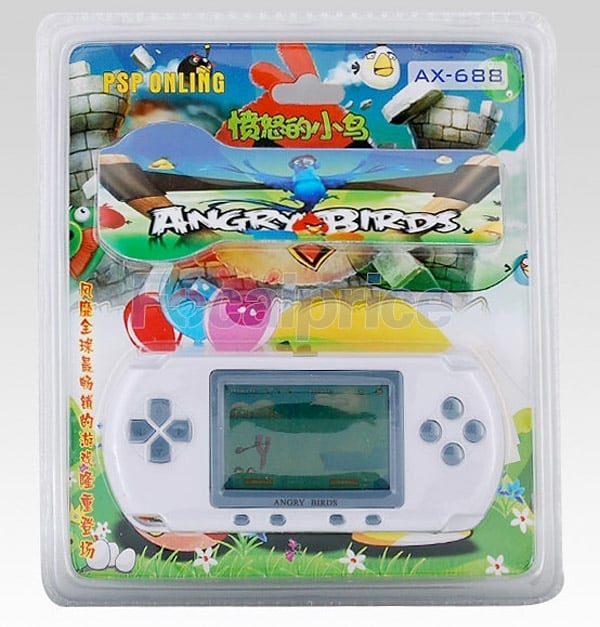 Ffrom everything I can tell, this thing is like one of those old LCD Nintendo Game & Watch games from the 1970s and 1980s, but I’m going to go out on a limb and guess that this one sucks.

Now I suppose that with a price of just about $7 (USD), you can’t expect much, but when you think about the fact that Angry Birds can be downloaded for free to 99 cents, and is available on just about every platform out there, it’s a bit of a stretch to figure out why you’d ever buy one of these things. I suppose if you’re one of the three people left in the civilized world without a smartphone or a web browser, you can pick one of these up over at Focalprice for $7.44(USD).