Brick Bending: There is No LEGO

Wanna know how to make LEGO bend? Ask Jeff Sanders. He can’t change the shape of single bricks, but he can make sculptures with curved shapes using nothing but rectangular LEGO blocks. He calls his technique “brick bending.” 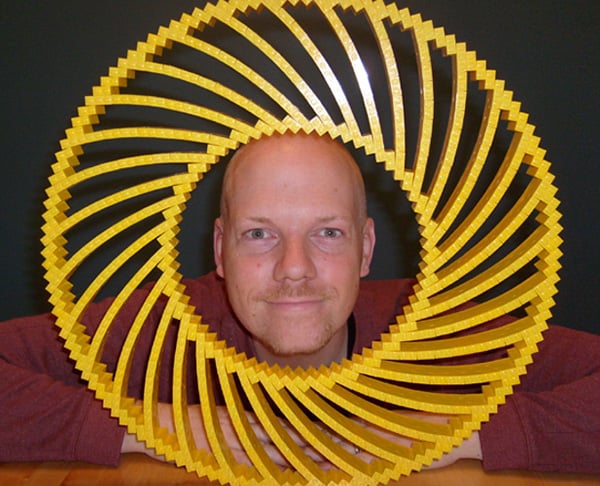 Like many of the wonders of the web, Sanders started brick bending out of boredom.  After spending countless hours playing with his daughters, Sanders tinkered with the bricks and realized that he could make groups of them bend. Here’s an interview with Sanders conducted by Oregon Live:

Eager to share his newfound technique, Sanders went on Kickstarter last August, asking for funds so he can make a DVD covering brick bending.

Sanders’ fundraising was a success, although I don’t know when he’ll release the DVD. Build a browser and check out his blog for more pics of his creations.