FAA Clears iPad for Use in Flight by Pilots

The FAA has announced that it has cleared the Apple iPad for use in commercial flights in all stages of the flight by pilots. American Airlines has conducted tests of both iPad and iPad 2 for all phases of flight for the last 6 months, it has been deemed it safe for flight. 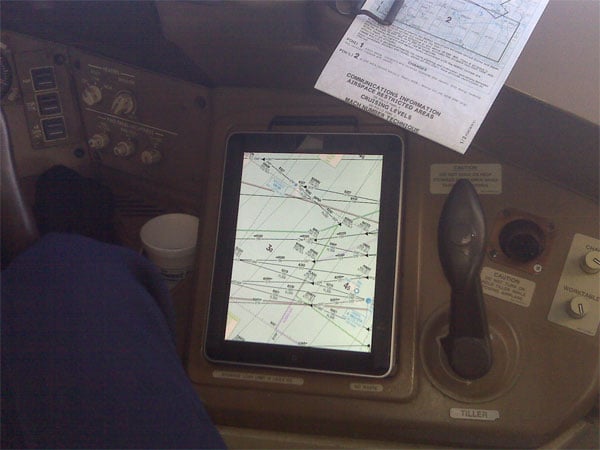 The pilots can now take their charts with them and replace those old paper charts with the digital ones stored the iPad. Weight savings is a big deal for airlines and the paper charts the iPad replaces weight in at 35 pounds. The iPad is only 1.5 pounds, and can be updated with more current data than paper charts.

That seemingly small weight savings is worth $1.2 million per year in fuel, according to seattlepi. The iPad will take off this Friday on American Airlines flights. The iPads will be used first on the Boeing 777 aircraft and will be electronic chart and digital flight manual readers.

These findings basically mean that there is no reason at all for them to force you (or Alec Baldwin) to turn off an iPad while sitting on the runway.