Google Shoot View: The World is Your FPS 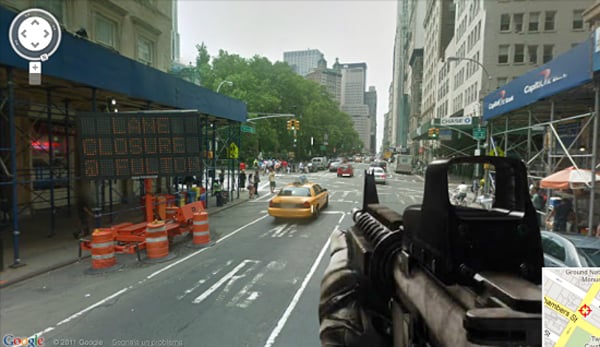 Is it an example of high-tech augmented reality? Not really. Is it controversial? Nope. Distrurbing? Maybe. You can fire the assault rifle at pictures of the real world, but doing so has no consequences on the environment – no damage or deaths result. If that’s a bad thing, then we might as well ban imagination. It’s not a good mod, but let’s be honest, it’s not so evil either.

Apparently Google didn’t think the mod was cool and had the gimmick taken down. However, you can view samples of it in Mashable’s report:

It would’ve been much better if they turned it into a Portal mod instead. But that would’ve required more effort. So did the ad agency shoot itself in the foot with this gimmick? Or is bad publicity still worthwhile publicity?

[via Who Killed Bambi?]