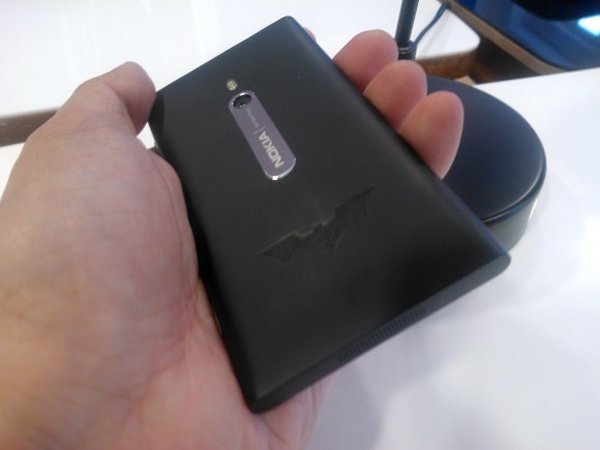 It will be an extremely limited edition, with only 40 handsets being made. We really don’t have much info about this special edition handset – as if we will have a chance to buy one anyhow.

We do know that it features the familiar bat-logo on the back, along with Dark Knight packaging and there is a movie tie-in Live Tile visible on the screen in the video. They are certain to be super expensive if you ever do have a chance to buy one, and they don’t just end up being some sort of prize in a movie promotion.

[Photo and video by Jon Choo via Slashgear]