It’s a good week for hexapod robots around here. First, we had the awesome Morphex transforming robot, and now we have this guy. It’s a six-legged robot that is dextrous enough to use two of its legs to pick up prey. 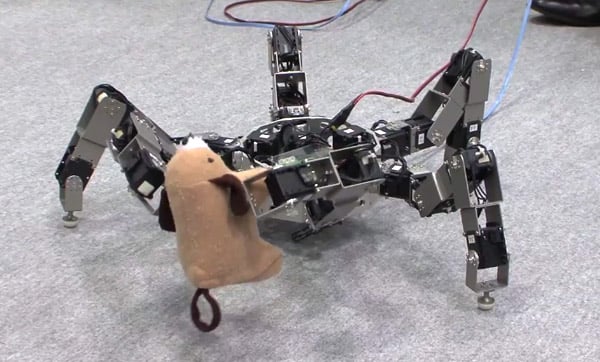 Developed by Associate Professor Kenichi Ohara and a team from Osaka University’s ARAI Lab, the Limb Mechanism Robot (aka ASTERISK) borrows its gait from insects. But it doesn’t just crawl around. When it sees something it needs to pick up, it can use any two of its legs as grippers while the other four remain on the ground. As shown in the video below, this is perfect for picking up smaller, defenseless creatures like stuffed rodents.

The mechanical structure of the legs also allow the ‘bot to crawl on uneven surfaces. In addition, its six legs can be fitted with wheels, so if the robot lies flat to the ground, it can roll under very tight obstacles, much like a skateboard. 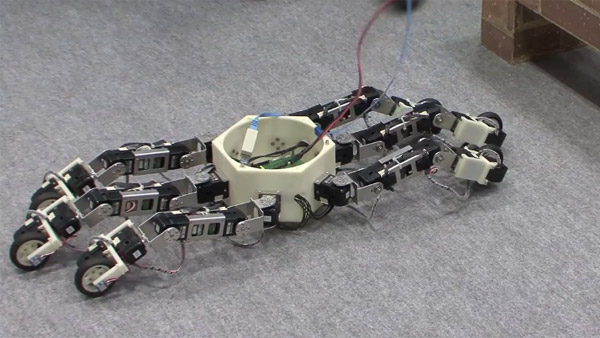 Fortunately, all this technology is being developed for good, not evil. The pincers might be used to haul rubble from a disaster site, or to help move a dangerous IED out of the way of soldiers. As long as they don’t figure out a way for robots to digest living creatures and harvest their energy, I think we’re safe for now.