Those cats over at NASA come up with some wild ideas from time to time and one of their latest ideas may well be the strangest I have seen in a while. NASA has devised a plan to harpoon a comet as it streaks by. This isn’t to stop it in it’s tracks so Bruce Willis can rest easy, rather to grab samples from a comet as it streaks by. The harpoon gun looks like something Mad Max would use to me. 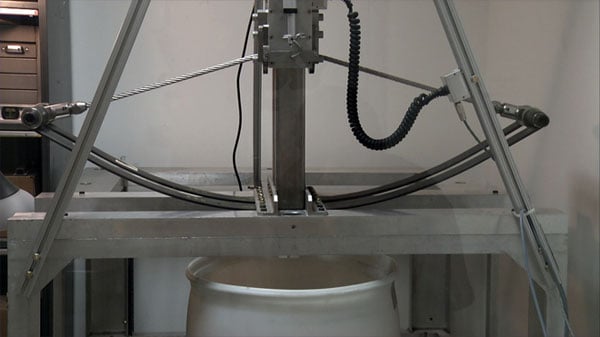 The crossbow is six feet long and made from a pair of truck carriage springs. The string that holds the giant “arrow” to the crossbow is a thick piece of cable. I have a hard time believing that cable will withstand the forces of shooting into a comet moving 150,000 mph, but stranger things have happened.

The crossbow can launch its ammunition with 1000 pounds of force, and one engineer says if the crossbow were aimed straight up, it would likely shoot a mile into the air. A prototype harpoon even penetrated a 250 liter drum of dirt in testing, and the actual space harpoon will be fired by an explosive cannon, not just a mechanical crossbow like their test model, so it’s likely to be even more powerful and precise. Where was this technology when Captain Ahab was around?