Strap Game: Stand Up and Play!

Whenever I take the bus or MRT (sort of like the Filipino equivalent of the subways in the United States), I find myself wishing I had something more to do than just hold on to the safety handles. Sure, I try to wrangle for a seat, but I usually find myself standing because there are more people who just seem to have a lot more fight in them (for seats!) 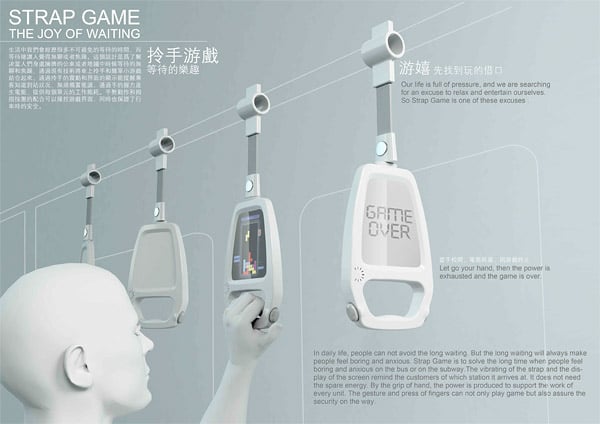 Cue the Strap Game concept by Sweden-based designer Jiang Qian. The Strap Game is a gaming system that’s been built into the usual safety handles and straps found on trains, subways, and other means of public transport. Qian envisions the game to automatically power up once the commuter grabs hold of the handle. The user can then play the game single-handedly (and we mean that literally) by just grabbing on to it and using the thumb controller on its side. 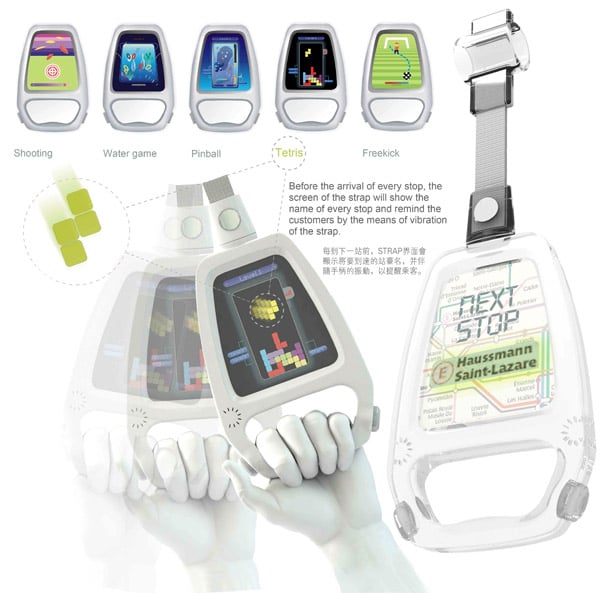 The Strap Game would have games like Tetris, pinball, and various sports titles loaded up. It’s a pretty neat idea, but I think it’s something that’s going to make a lot of people miss their stops or forget where they’re actually headed in the first place. Though the strap does have built-in vibration and a route information to alert you of upcoming stops to help snap you back into reality.