Mitsubishi EMIRAI Dashboard: When Can I Have it in My Car?

I’m pretty excited about the design of Mitsubishi’s futuristic EMIRAI dashboard concept. Although I have a few problems with the way that they designed the new steering wheel – for me a steering wheel needs to be an oval or a complete circle – the rest of the design looks pretty cool. 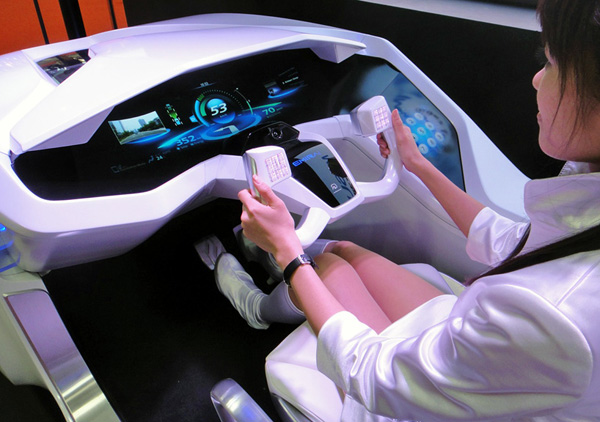 Mitsubishi’s goal for the EMIRAI was to offer an intuitive dashboard and user interface, which they hope to introduce in their vehicles within the next ten years. That’s a bold statement, but it does seem possible. Some newer cars have already started to introduce funky new high-tech dashboards. 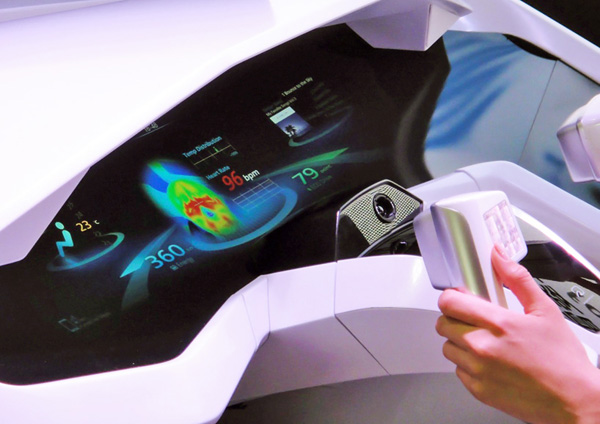 Instead of having a flat LCD panel, Mitsubishi’s design uses a curved rear-projected display, with capacitive touch sensors. The steering wheel/joystick has got 18 buttons on two keypads, and a unique shape-shifting capability which can retract buttons which are not contextually relevant. It’s also packed with sensors, including personal health monitoring, and probably will be able to update your Facebook and Twitter timeline while you drive.

If that’s not enough, the passengers in the rear seat of the car get to watch glasses-free 3D high-def video while they go for a ride. 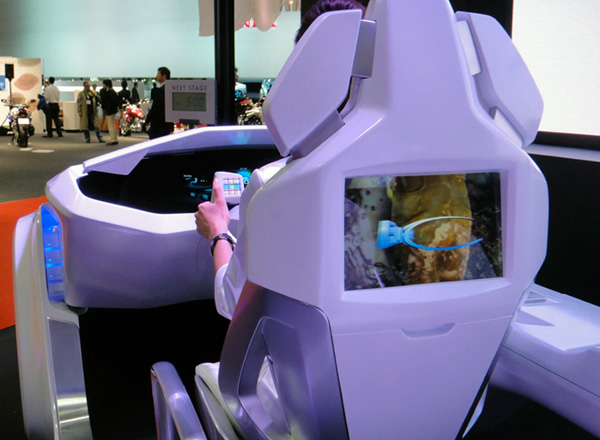