White Power Milk: An Absolutely Ridiculous Product, and an Even Worse Product Name

I love milk. My mom would always tell me that I used to drink milk (the chocolate flavored ones, to be specific) as if it were water. I love strawberry milk, melon milk, milk tea, vanilla milkshakes, and a whole lot of other stuff where milk is one of the main ingredients.

But milk that’s been gargled by “rich, beautiful, white girls”? No, thank you. 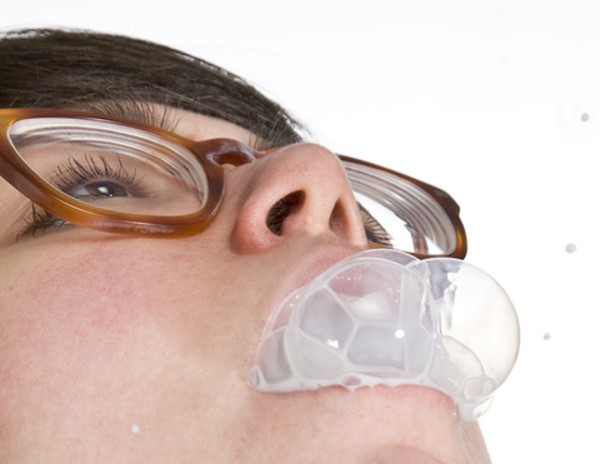 I have to admit I was extremely grossed out as I read what White Power Milk was, how the milk was gargled, and why it was being gargled. There’s also some text on how the girls were chosen, where the site proudly states that no doctors involved, as the people behind the supposed White Power Milk company say: “When we find the right girl from the right family, we just know.” 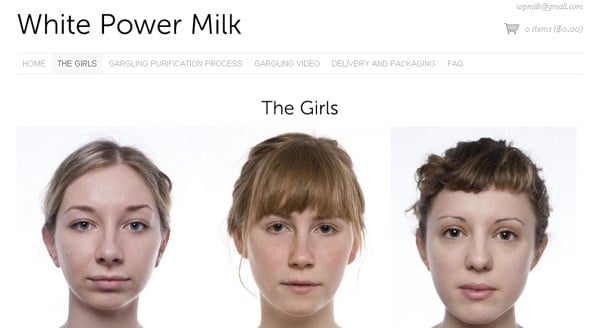 Heck, there was even a “gargling video” that was up for sale on the site.

It took me a couple more minutes to realize that the site wasn’t seriously selling gargled milk. I thought it was a prank, but apparently it’s performance art by artist Nate Hill. Nate took inspiration from racially-inappropriate tweets and posts on Twitter.