The Audman is a Kickstarter project that is trying to bring back some retro-styling to the iPhone and iPod Touch. I’ll admit that plugging in your iPhone into the dock looks exactly like when you put a cassette into a Walkman, but there’s something strange about leaving it in there for long periods of time. 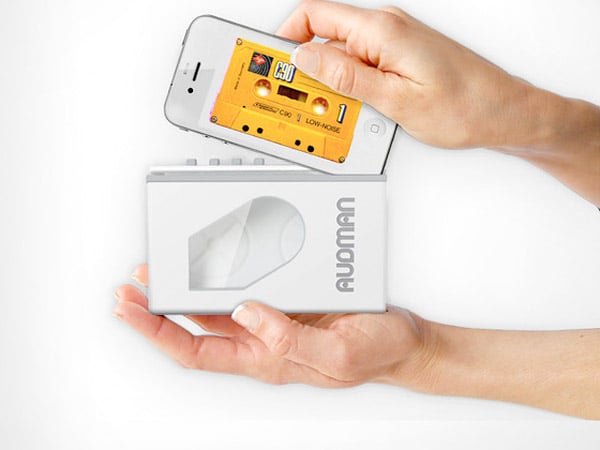 Designed by Dean Ekkaia and Sean Solberg, the Audman is aiming to be the world’s smallest speaker dock and it will even charge your gadget on the go. The case has dual speakers, two headphone jacks for sharing, and large analog buttons to control your music playback. It even comes with a mixtape app that makes it look like you’re playing cassettes while listening to tunes.  With the lid closed, you can listen to music, and iPhone users can receive calls and make them using Voice Control dialing. However texting and using apps will be problematic, as the case completes hides away the screen of your phone unless you pop the lid open. When opened up, it still holds your iPhone securely and it even works as a small kickstand for viewing video. 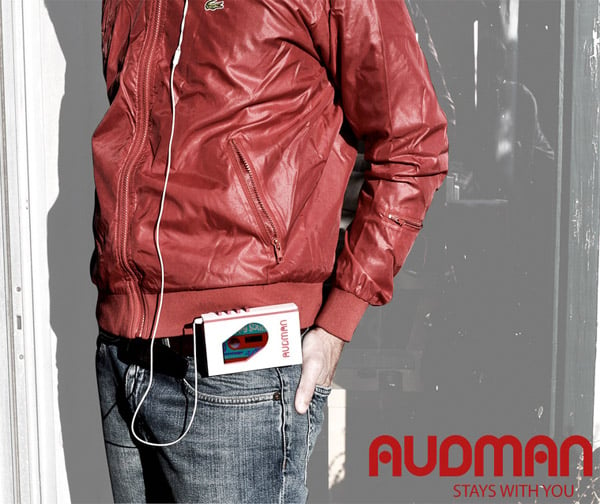 The Audman is up for pre-order over at Kickstarter, and you need to pledge at least $125(USD) for the full Audman model. For $35 to $65, the Audman LT model is also an option if you like the retro looks but don’t need the speakers or charging capabilities. They’ve got 14 days left to attain their $42,000 goal and they’re at $7,000, so if you want one, you’ll want to get over there and make a pledge.