Most doors have huge “push” or “pull” signs stuck on them, but a lot of people still push (or pull) it when they’re supposed to pull (or push) it. A lot of doors open either way, but there are some that don’t. 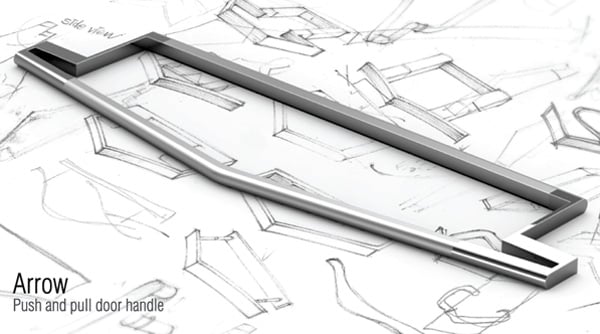 So if signs don’t do it, then why not give visual cues a shot? That’s what designers Eun Ah Kim, Jinhyuk Rho and Maria Rho decided with their Arrow Door Handle. 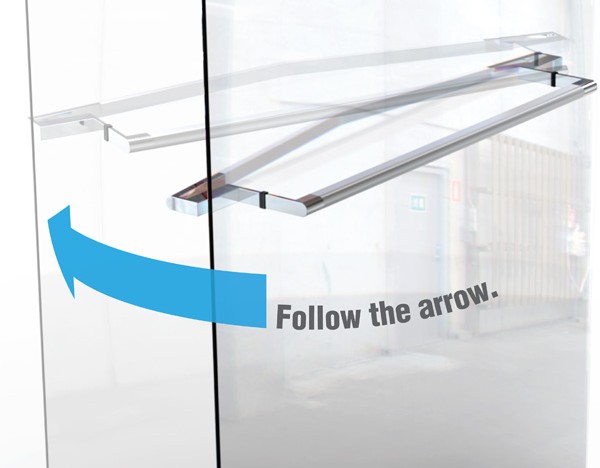 The entire door handle is shaped like an arrow pointing in direction where the door’s supposed to open. Obviously, this design works best (and only) with glass doors, given the nature of the handle itself. 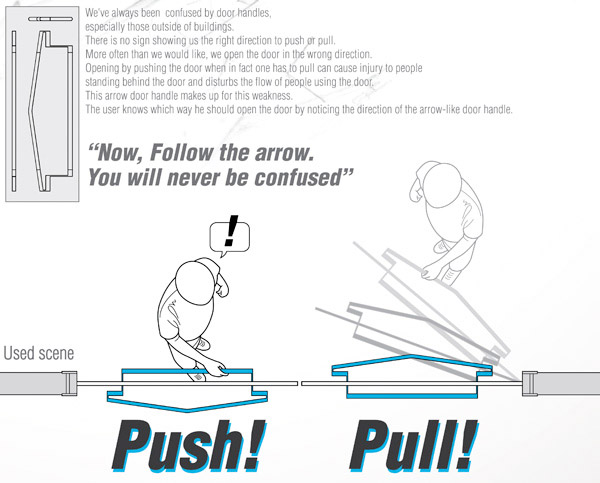 And even the Arrow Door Handle concept is never produced, you could just take the time to read the sign on the door.