After seeing this, I really want to play some pinball. A game of pinball projected onto a large building, that is. I didn’t even know this was possible until now. The image and video you see here comes from Lyon, France during the Fête des Lumières (Festival of Lights) 2011, where they played pinball on the side of a building. 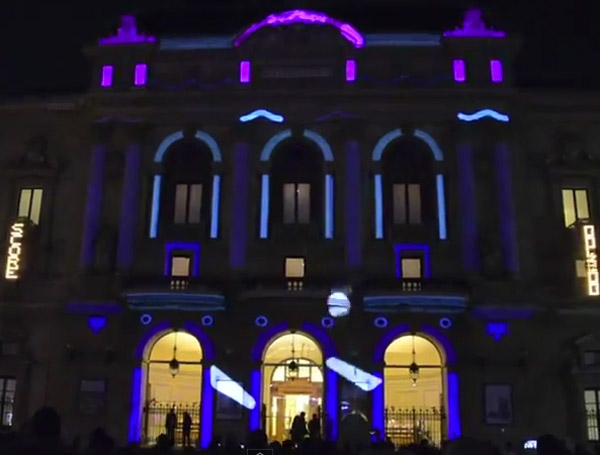 The game is called Urban Flipper and it was designed by Carol Martin and Thibaut Berbezier of CT Light. They can project the game onto any surface, in this case, the Celestins theater in Lyon. Using 3D projection mapping technology, they to turned the details of the building’s facade into bumpers and obstacles, and allowed visitors to actually play a game using a few buttons located near the projection booth. It even has the appropriate accompanying pinball sounds.

Let the giant pinball wars begin. He who controls the high score on the Empire State building is king.