Nope, that’s not a giant chunk of chocolate melting in the corner of the room. That is merely one of three pieces that French design duo Rémy Clémente and Morgan Maccari of Bonsoir Paris have designed for their “Duramen Series.” 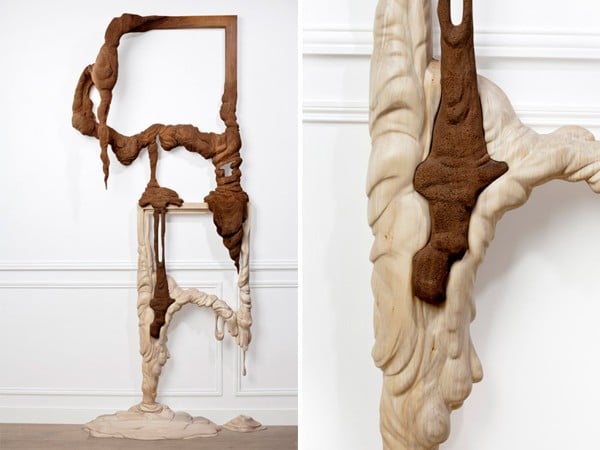 Before they “melted,” each of the three pieces were supposedly picture frames. Each of the three sculptures were carved, sanded and finished by hand from of various types of woods like oak and fir. The different wood types provided a beautiful contrast for the sculptures (which sort of reminds me of milk and white chocolate.) 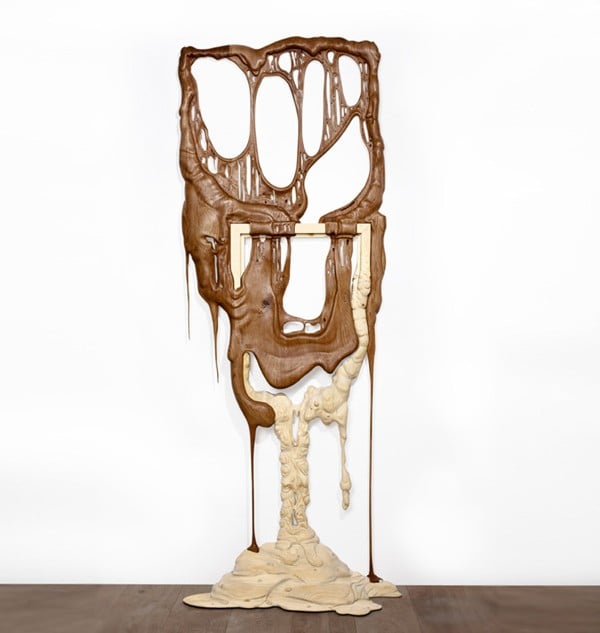 The Duramen Series is explained like so: “Born of a simple impulse, the one to break with conventional ways of exhibiting, Bonsoir Paris and its team have imagined a series of frames so strongly mistreated that they have become unrecognizable. Their wish is to break the properties of the compound, a form of compromise as minimal and it is efficient. They found a subtle twist while remaining faithful to a primitive form of revolt, without getting lost in vain styles effects.”

All I see is melted chocolate.

A History of the World Through Body Parts