Archos 70b Honeycomb Tablet Debuts for Under $200 with Numerous Upgrades

If you are looking for a new tablet that runs the Android operating system, and the thought of the Kindle Fire with its missing full Android Market access isn’t appealing, this might do the trick for you. Archos has announced a new tablet called the Archos 70b Internet Tablet. The new tablet retails for just $199(USD) and has full support for Android Market. 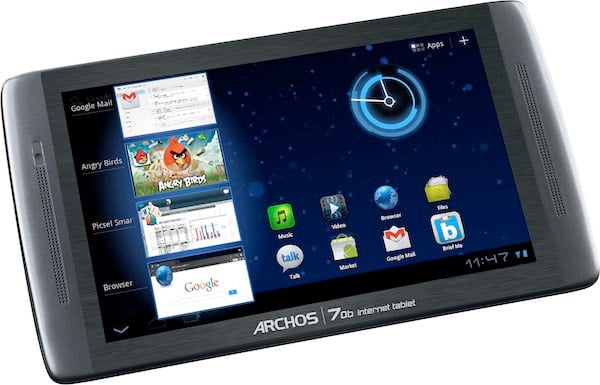 The 70b is an upgrade to the earlier Archos 70 tablet, adding Android 3.2 Honeycomb, and increasing the RAM to 512MB. The extra RAM will allow the machine to run faster and be smoother in use and navigation of menus. It’s also supposed to have an improved capacitive touch screen, with its resolution bumped up to 1024×600 from 800×480. In addition, the CPU has been sped up from 1.0 GHz to 1.2GHz, while flash storage remains at 8GB.

Other features include accelerated 3D graphics, Wi-Fi, HDMI output and a microSD card slot for expansion. The tablet will hit stores in January. What do you think? Does this sound like a better option than the somewhat gimped Kindle Fire to you?