Many Bluetooth speakers have internal batteries that last up to 10 hours. Pretty decent right? But a company called HiWave claims they can do muuuuch better. They have developed a wireless speaker module that can last – yeah, what I said on the title. 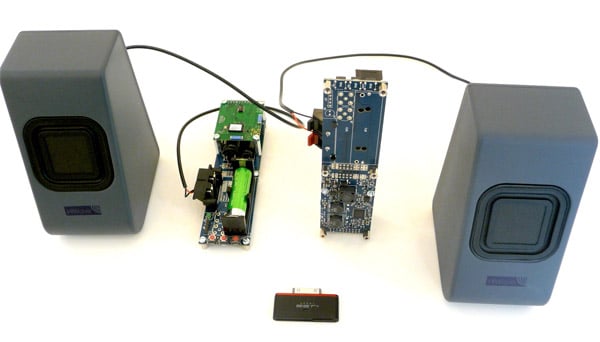 If a single AA battery is enough to power the speakers for up almost two days, a D cell battery can pull off one hell of a marathon – HiWave says one D cell will be enough to keep their module up for over 145 hours. Wow. The trick seems to be in the company’s proprietary amplifier chip, which they claim sips only 1/20th the power of other amplifiers. HiWave will have a demo unit at next year’s CES, and they expect consumer devices equipped with the power-sipping magic module to ship in the 2nd quarter of 2012.