Looking for truly unusual clock? This one tells time in a pretty unconventional way, with its dial set up in a spiral trajectory instead of the conventional hour and minute hands around a circle. 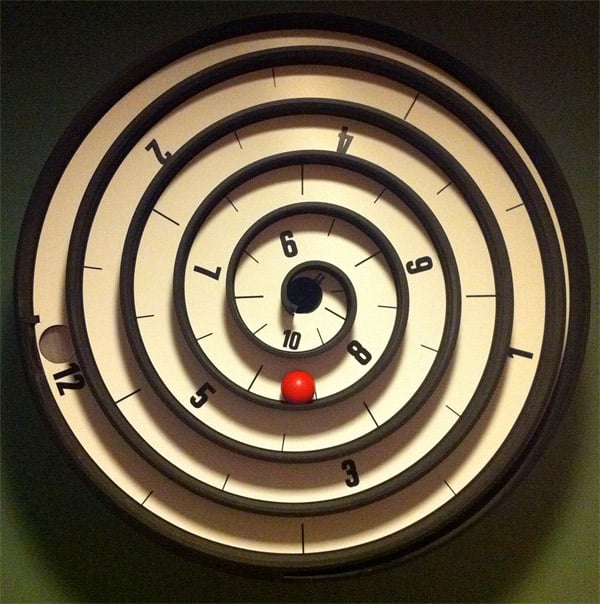 The Spiral Clock was designed by Will Aspinall and Neil Lambeth. The unusual face of the clock has a red ball which indicates the current time. The ball starts by dropping into the outer part of the spiral, and then the spiral rotates slowly over the course of 12 hours, gradually moving the ball closer and closer to the center. Eventually, when 12 hours have passed, the ball drops through the hole in the center, and the whole process starts again. While it sounds kind of weird, time-telling is actually quite intuitive – if not the most precise of exercises.

It’s a pretty ingenious design if I do say so, and definitely not like any other clock I’ve seen. Each Spiral Clock is made from an aluminum body, and the spiral itself is made from cast resin. The image you see above is from the first-generation Spiral Clock, but the guys who designed it are working on a new version called the “Equitime”, expected out in early 2012. The reason for the upgrade is that it was very difficult to read the time during the 11th hour. The new version fixes this problem by changing the number spacing, and also is quieter than the original model an it’s “frog-like croaking sounds.” 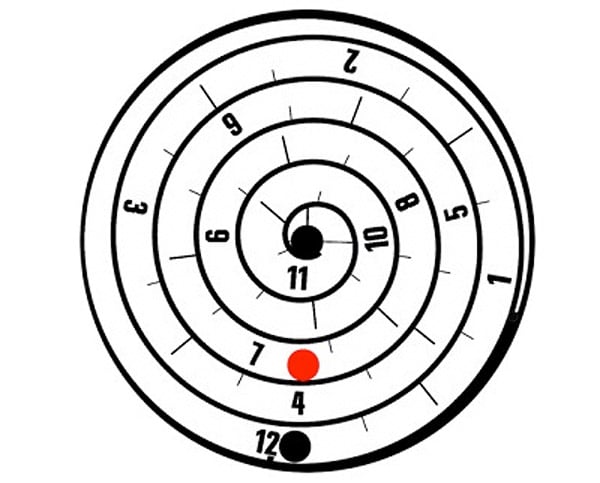 Now the only other problem is that the Equitime will cost £499 (~$782 USD), so most of us won’t be buying one any time soon. If you are interested in securing one, head on over to The Spiral Clock website for more info.