Robots are cool and rather fascinating not because they tend to do anything particularly mind-blowing yet, but because they hint at a future where we have robots that will do cool and really useful stuff for us on a daily basis. Hajime Sakamoto, president of Hajime Research Institute, has a new robot in the works that is interesting to check out, not because it does something special yet, but because it’s going to be 13 feet-tall. 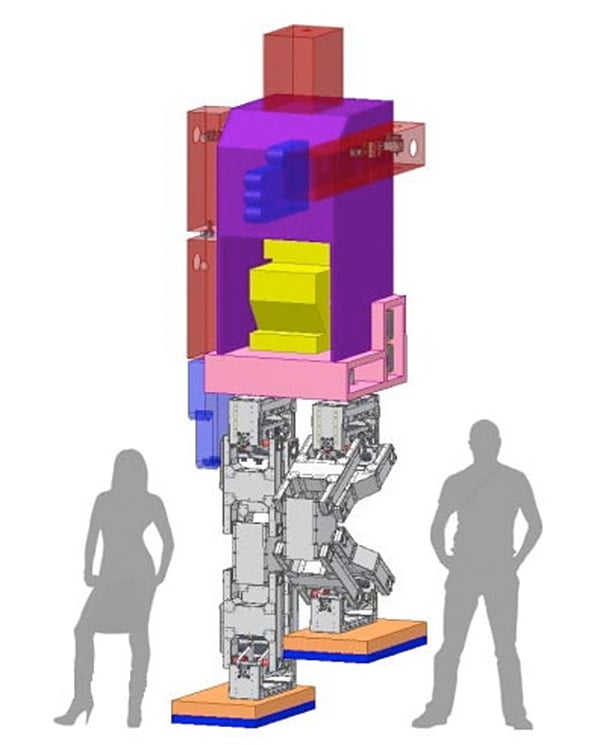 The new robot is an upgrade from the nearly 7-foot-tall bot he previously built. A 13-foot-tall bot is impressive, but it is only an interim design apparently. After this bot, Sakamoto plans to build a new one that is 26-feet-tall with a cockpit. Ultimately, he wants to go to 59-feet tall. Unfortunately, there’s no video yet of the new robot, but here’s a clip of Hajime 33, the big ‘bots predecessor.

And here’s a brief history of the Hajime robots, which started out at less than a foot tall.

If you are wondering, that 59-foot tall robot would be a 1:1 Gundam size bot, like the stationary one in currently being reassembled in Japan – except this one could actually walk. That would be awesome. If he is successful, I hope he builds an Atlas Mech after that. I want one with jet packs and a rail gun on each arm please.