If I had a million bucks to spare, I’d probably open up a business, or invest it in something that could make the money grow. Then I’d eventually donate a percentage to charity, set aside some money for a vacation with my family, get a whole new wardrobe, and probably get a lot of more stuff that I normally wouldn’t. And if I really, really had more millions than I can manage, then I’d probably buy the Veniamin Human Slinky costume that’s up for sale on eBay for $1,000,000. 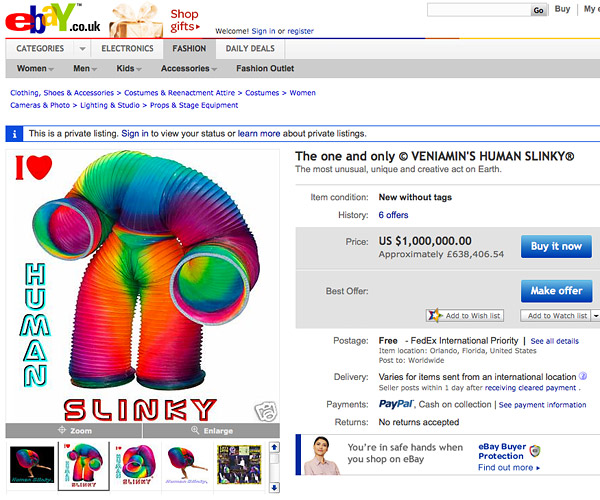 Not because I need it, but it’s also for charity (10% of the final sale price will be donated to the American Cancer Society) and it’s pretty darned cool. Of course, if I had that much money to throw around, I could probably also just have one drawn up and made for a tiny fraction of the price from some giant dryer hose. But just for private use, because the Human Slinky is probably already patented or something. 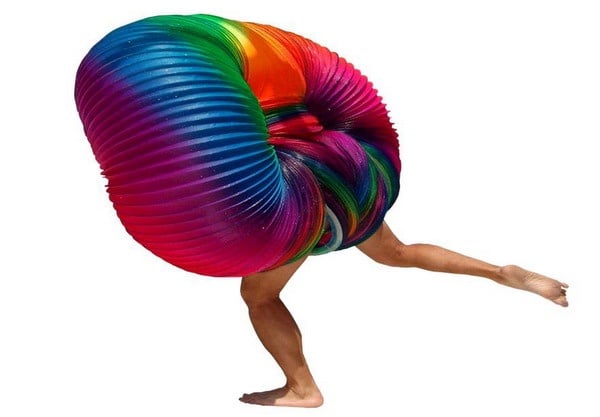 When you purchase the costume, you will also get the rights to perform the act under agreement, in addition to the costume itself. If you’re not into that, then you can just wear it during costume parties and Halloween. Six offers have been made so far for the costume, all of which have been rejected.