If you are the kind of gamer who likes to twist and turn your device to control your game (Wii owners, I’m talking to you) and you feel the need for speed, you will love Real Racing 2. The OS X version of the title will allow you to steer your vehicle using just your iPhone or iPad. 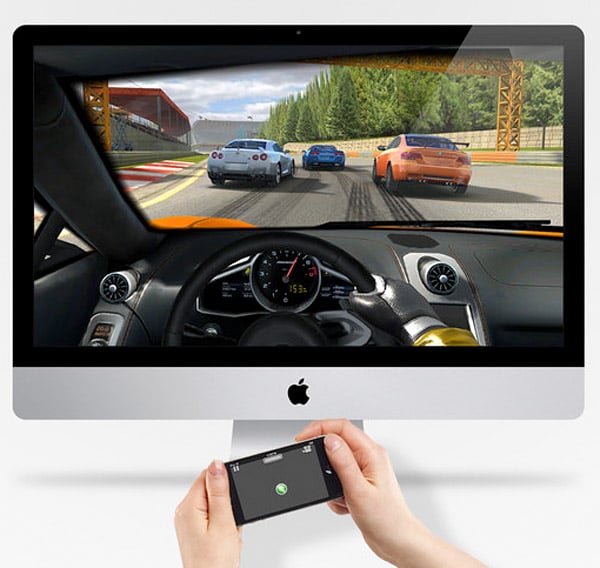 You can get Real Racing 2 for OS X now from the Mac App Store (for just $12 more than the nearly identical iPad version). Also, be aware that it is a 711MB download, so just be patient Speed Racer.