Do you ever wish you could stream stuff from your iPhone or iPod Touch to your computer display? Then this AOC display could be the one for you. It features a 30-pin dock that outputs audio and video directly from your iOS device to the screen. 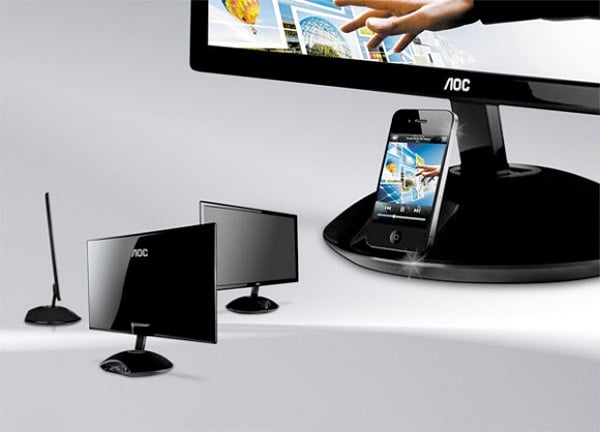 The 23-inch AOC e2343Fi monitor has a somewhat awkward name, but it seems like a functional device. The simple plug-and-play dock is easy to use, letting you view video content from your iOS device on your monitor, while at the same time charging it. The dock saves you the burden of using Apple TV, AirPlay or an HDMI adapter cable to view content on a bigger screen, though it’s likely that much of the content on your mobile device already exists somewhere on your computer (like in iTunes). The dock also includes SRS Premium Sound and built-in speakers, so you can actually hear what you’re watching.

Pricing and the exact release date will be announced at CES 2012. Should Apple integrate something like this into their own screens? I don’t think so, but if this is something that you absolutely need, then you should look for the e2343Fi early next year.