Do you like Marvel? Capcom? Like to see those characters fight each other? Of course you do, and now US gamers can deliver the best possible smackdown via Hori’s Fight Stick for Ultimate Marvel vs Capcom 3, as the game controller is now available in the US market. 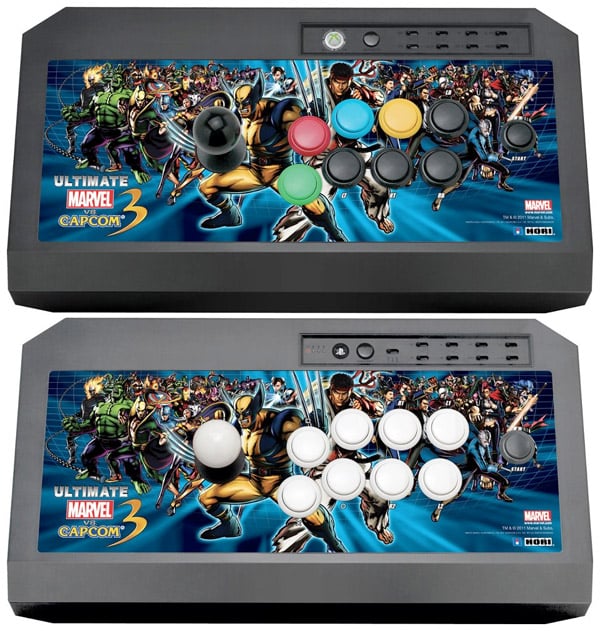 Europeans have had this arcade stick for a little while, and now it’s our turn here in the States. As you can see it features several characters from the Ultimate Marvel vs Capcom 3 game on the base of the controller itself. Each one has an arcade-quality joystick, eight gaming buttons, and a turbo function. The Xbox 360 version also has a connector for newer headsets. 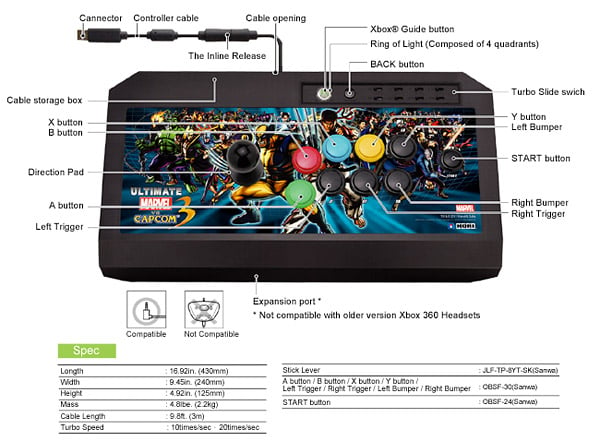 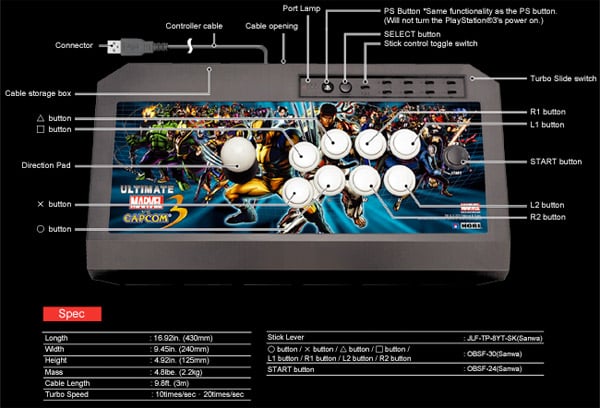 The Hori Fight Stick for Ultimate Marvel vs Capcom 3 is available for Xbox 360 and PlayStation 3 for $149.99(USD). You can get one from Hori’s US website. It’s a bit late for Christmas, but hell, you deserve one last gift.

[via Capcom and Ubergizmo]