Take a careful look at this bust of the Dark Lord of the Sith. Notice anything strange about it? Gaze deeply into Vader’s eyes. Look closer, and you’ll notice that it’s made from various bits and bobs of found junk from the cutlery drawer (and other antique stuff from your Nana’s house). 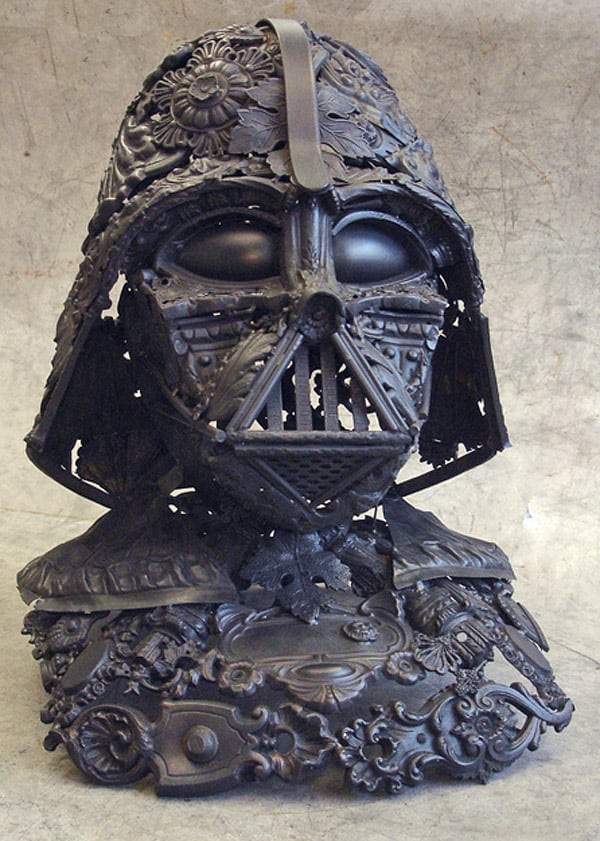 This incredible sculpture is the work of French artist Alain Bellino, and yes, this Darth Vader (or as they call him in France “Dark Vador”) has apparently been around for almost a decade, but it’s the first time I’ve seen it, so that makes it new for at least one of us. So, those eyes I was mentioning before? They’re made from a couple of old tarnished spoons. Yep, you heard me right. Check it out if you don’t believe me: 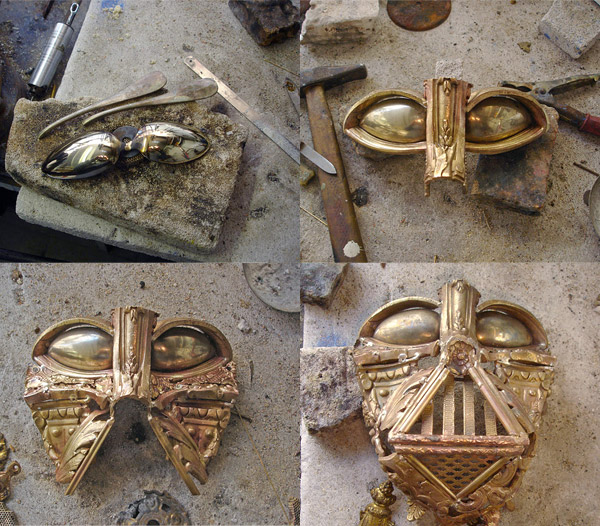 Building upon these evil eyes, Alain gradually assembled the entire Vader head – first from brass and bronze decorative elements, but then eventually finished it in black, completing his transformation to the Dark Side. 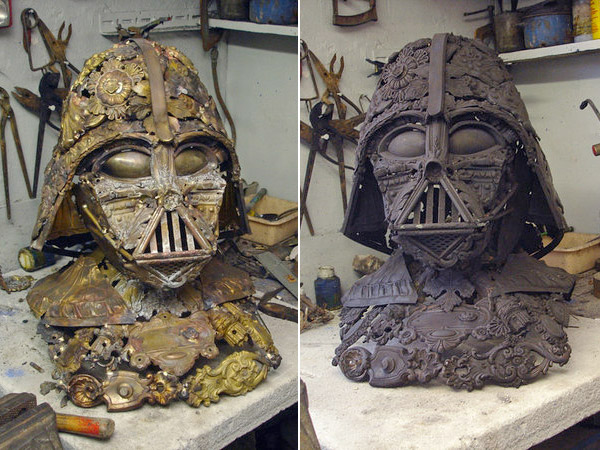 Makes you wonder what Star Wars might have been like with a golden Darth Vader. Seems like something which might have been in some Japanese version of the films. Or maybe in the next CGI revision by Lucas.