Hasbro owns the Transformers brand, and they are now suing Asus over the name of its latest tablet, the Transformer Prime, which clearly has nothing to do with the franchise. Crappy movies are okay, just don’t use two words in the English dictionary that we have previously used, because we own those words. And kindly refer to all flying yellow and black stinging insects as something else Bumblebee is only a cool car, which also belongs to us (and Chevrolet.) 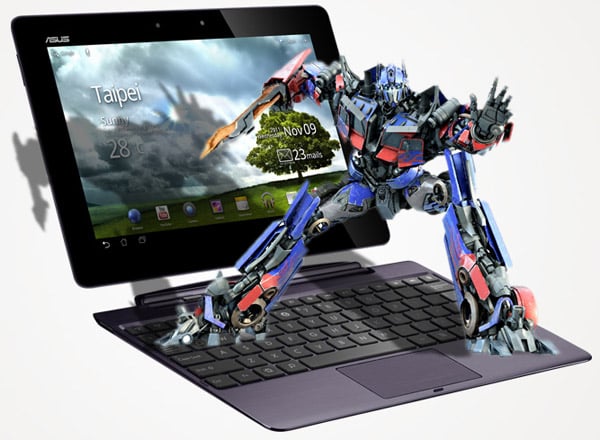 Hasbro filed the superfluous lawsuit last week, saying that the tablet’s name is too similar to its Transformers brand. It wants damages and a temporary injunction on the device, while sane and level-headed people just want Hasbro to shut up and churn out toys for the holidays.

Forget the fact that Transformers toys these days are pretty low quality and unimaginative too. I guess they would rather spend their time suing over something silly than offering a quality product, or insisting on a decent movie from their licensees. Merry Christmas from the folks at Hasbro.

I’m not really a big Transformers fan, but I think this is just stupid. What do you guys think? Is Asus really in the wrong here?