The latest geek gingerbread treat is an evil one. I present to you the Diablo III Gingerbread Skull, complete with Candy Soulstone. It’s yummy and evil. Now we are officially ready for the game, which is rumored to be released on January 24, 2012. 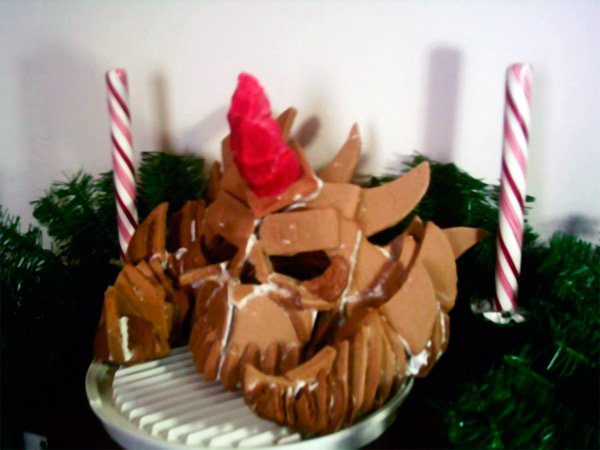 Too bad you can’t munch on this skull while playing the game. It’ll probably be pretty nasty by the time the game comes out in a month. That’s okay. This guy is so evil it just wants to upset your stomach anyhow. In fact, a demon would probably burst from your chest after you swallow it. Yeah, so maybe it isn’t a great idea to eat this thing.

But it is still an awesome homage to the dark lord of the Diablo games. Is it still considered a gingerbread house if it’s a skull? I guess that doesn’t matter. This gingerbread skull will eat other gingerbread houses for breakfast, belch and grow larger, until it encompasses everything gingerbread in this world.