Epson Moverio BT-100 3D Head-Mounted Display: Are You Looking at My Headgear, Stan?

A short while back, Sony released their take on the wearable 3D display, with their futuristic HMZ-T1 3D Goggles. Now, Epson has jumped onto the 3D head-mounted display bandwagon with their decidedly more subtle Moverio BT-100 goggles [JP]. 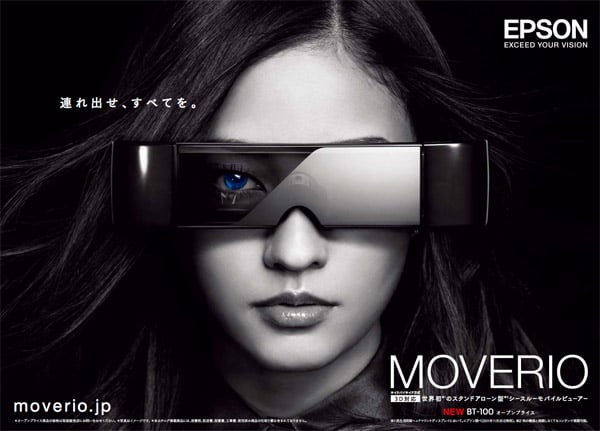 Not that wearing something that looks like those sunglasses they give you after they dilate your pupils is really that subtle, I suppose. 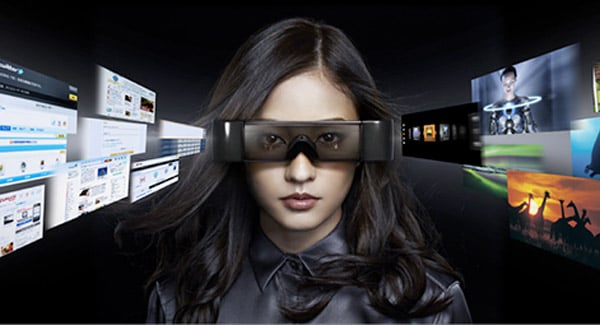 Still, if you’re looking for an intimate way to experience 3D content, you might want to check these out. The Moverio BT-100 comes with a pair of 0.52″ LCD displays, each with a resolution of 960×540. Combined, they produce a cinematic 3D effect equivalent to watching a flick on a massive 320-inch diagonal screen.

The displays are operated by a compact Android 2.2-based control box, which can read content from an SDHC card in a variety of video formats, and also support Dolby Mobile audio. It also offers the ability to stream content from the web or even NetFlix (though they don’t support 3D content at this point.) One thing you should note: in reading over the specs, it doesn’t look like these have an HDMI input, so you won’t be able to connect your PS3, Xbox 360 or Blu-ray player as a content source. You’re stuck with the included media player. 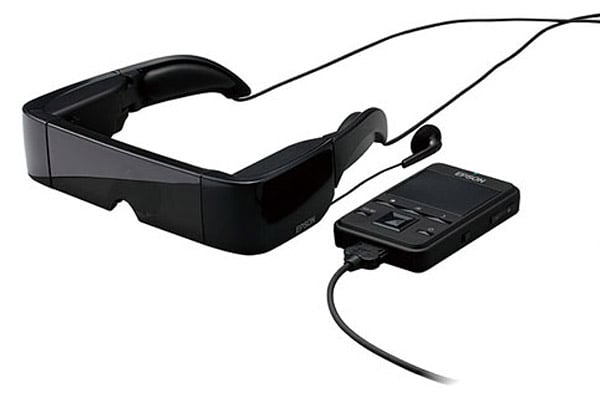 One unique thing about the Moverio glasses is that they’re transparent – letting you see your surroundings when you need to take a break from fake 3D objects constantly being whipped at your head.

So far, the BT-100 3D glasses are only sold in Japan, but the guys over at Gizmine are now importing them for the low, low price of $949.99 (USD). With Sony’s higher resolution 3D goggles now available here in the States for $800(USD), it’s a tall order to envision running out and buying these, but if you’re looking for something more portable and less conspicuous, you might want to check them out.