While point-and-shoot cameras are still popular, it comes as no surprise that the iPhone has taken the lead the most popular camera on Flickr. As such, if you’ve experimented, you’ve probably covered up the camera lens with your finger on more than one occasion while taking snapshots or videos. This easy, collapsible handle should help you to never make that mistake again. 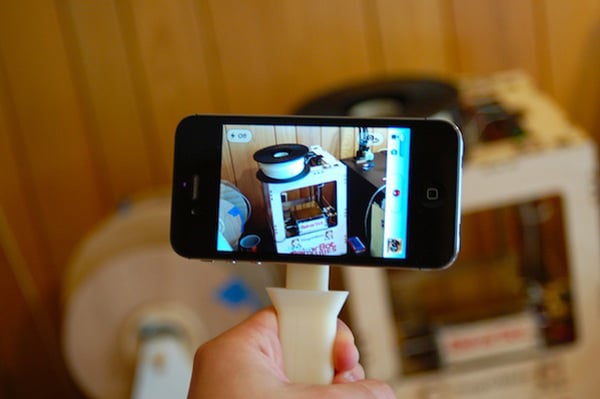 Chris Krueger from The New Hobbyist reports that he also used to accidentally touch the microphone, which would mess up the audio while shooting videos. For his solution, Chris first started with a cumbersome handle, but ended up with this nice, collapsible one, which he had 3D-printed. 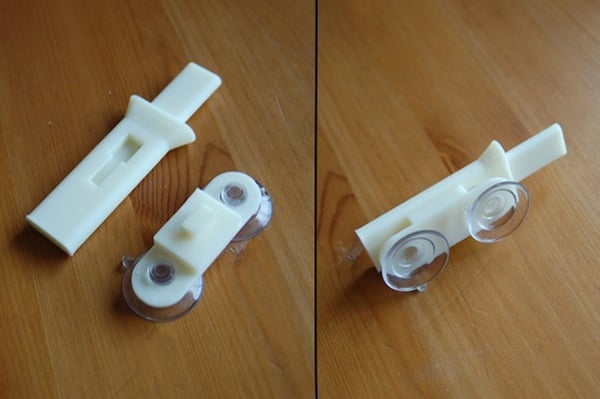 The 3D design file for the handle is available over on Thingiverse if you’d like to have a copy printed for yourself at one of the online 3D print services such as Shapeways or i.materialize. Once printed, the suction cups can be found at Home Depot and sell for $2 for a dozen, so the resulting handle isn’t expensive, and can easily be stowed when you don’t need it. 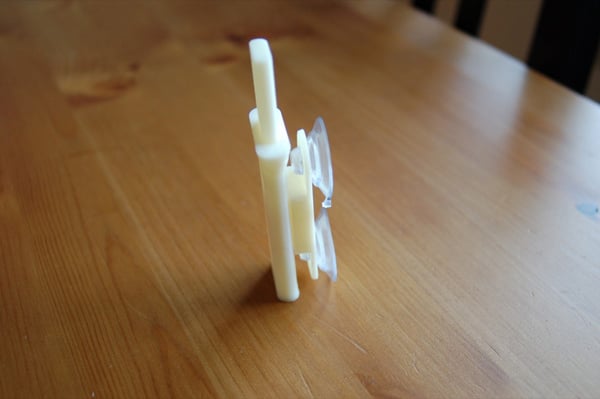 [The New Hobbyist via Make:]