It’s a science fiction staple – a character gets blasted, sliced or run over, but instead of dying it just stares at its wound while its body repairs itself as everyone watches in disbelief. Here’s a development that brings us just that much closer to that: circuitry that can heal itself, developed by a team of engineers at the University of Illinois. 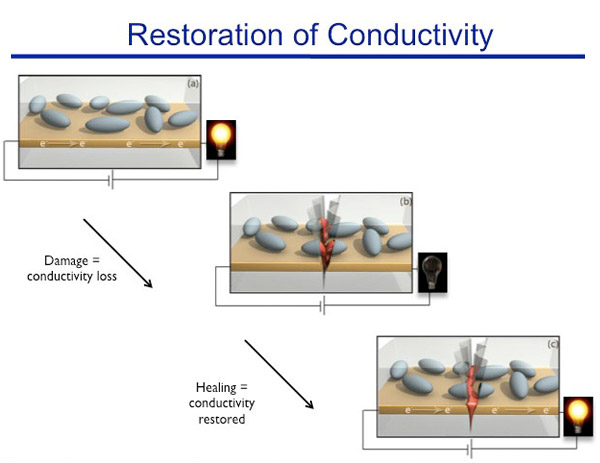 In simple terms – the only terms you’ll get from me! – the circuit is made of a gold lining slobbered with a coating of microcapsules. When the circuit is broken (most probably due to heat or scratching) the microcapsules that are also broken in the process release their payload – a liquid metal that seeps into the crack and fills in the gap. This process happens so fast you’ll never notice that your gadget was even damaged. Watch the video below to hear more from one of the engineers’ team leaders, aerospace engineering Prof. Scott White. Excited Skynet zealots can fast forward to 1:36 to see the tech in action.

Seriously though, if this means longer lasting gadgets, then I’m all for it. I just wish they’d make a counterpart for humans too. Just to even the playing field.