Action Movie FX iOS App: Get Your Freddie Wong On

Do you want to launch a missile on your cat or crash a car in your bedroom? Really? Why would you want to do that? Go to your room and think about what you thought of while the rest of us have fun with the Action Movie FX iOS app. 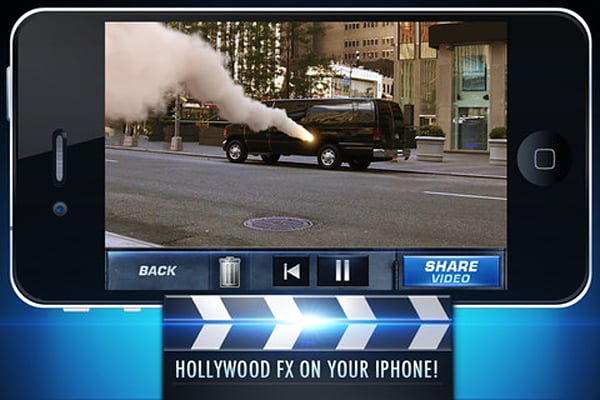 Action Movie FX comes to us from none other than J.J. Abrams’ Bad Robot Interactive, and lets you add explosive special effects to a clip with just a few taps on your iOS device. Choose an effect, record the scene where you want the effect to take place and then cue when to launch the effect. After a couple of seconds – and a Mission Impossible: Ghost Protocol ad – your video is done. Here’s a quick sample from the guys at Slash Gear:

Take that, table! The app comes with two effects – missile attack and car crash. The other effects – tornado and chopper crash and fire fight and airstrike – are available as in-app purchases for $0.99 (USD) per pair. Still not impressed? Here’s Mad Ass Gamers‘ demo of all the effects:

Attack the iTunes Store with your mouse (or finger) to get Action Movie FX. Your videos won’t be as sweet as the ones made by Freddie Wong or as overwhelming as Michael Bay’s effects vomits, but then again it’s a free app. I tried it on my iPad and it’s really easy to use. The Mission Impossible ads are not that annoying since they only pop up when the app is “processing”, although I don’t know if the ads will still be there even if you purchase the additional effects.