Bell & Ross Twelve O’Clock Watches Say to Hell with 23 Hours, 59 Minutes and 58 Seconds of the Day

Sometimes a watch looks so cool that it doesn’t matter if it doesn’t really serve its originally intended purpose. I’d have to say this is one of those times. The guys at high-end French watchmaker Bell & Ross have created a watch that barely tells time, but looks amazing doing it. 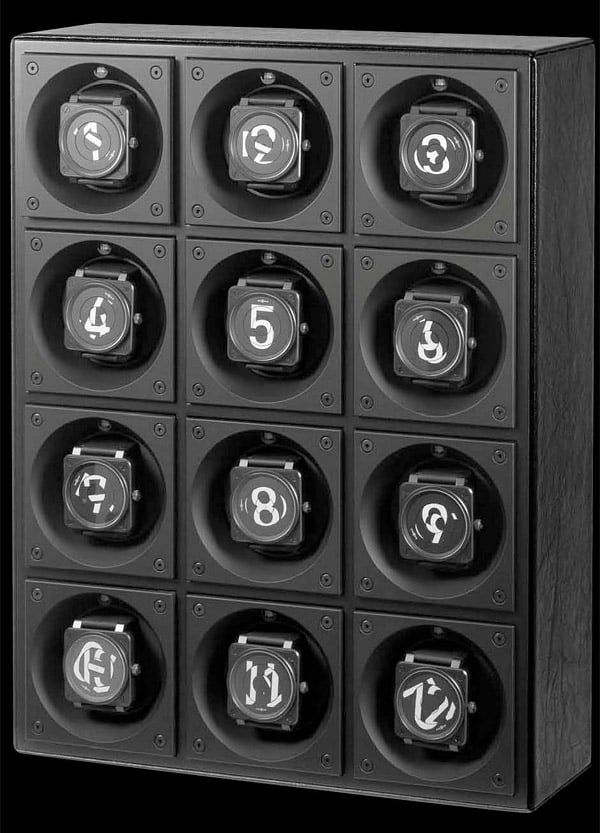 Each BR Twelve O’Clock watch face uses a set of three rotating disks to gradually shift between a numbers representing a single hour. When it’s not exactly that time, the watch reveals abstract geometric patterns, again revealing the time when that hour approaches again. That’s right, each Twelve O’Clock watch tells the proper time exactly twice a day. All other times, it’s just a cryptic pattern. In fact, you need to own a set of 12 of these watches in order to tell the time properly. Huh, wha?

Given that limitation, the Twelve O’Clock clearly works better as a clock than as a wristwatch, since it’s being sold in a set with a dozen watches, each placed into its own battery-powered winder. Here’s a sped-up video showing off the Twelve O’Clock in action:

And a little more footage of the concept from this year’s earlier Baselworld show where it was first revealed:

Sure, completely impractical, but its still a cool design. Bell & Ross fully admits the Twelve O’Clock is an art piece, and not really intended to be worn as a practical timepiece. With that in mind, they’re only making a dozen of these limited-edition watch sets. And if you have to ask how much it costs, you most certainly won’t be able to afford one. That said, a set is said to cost about $88,000 (USD). See? Told you that you can’t afford it.