The OriHime robot was developed in Japan by Kentaro Yoshifuji, an engineering student at Waseda University, and it attempts to takes the robotic form to a sexy new level. While it has a more feminine form than the typical ‘bot, it definitely won’t be putting Victoria’s Secret models out of a job anytime soon. 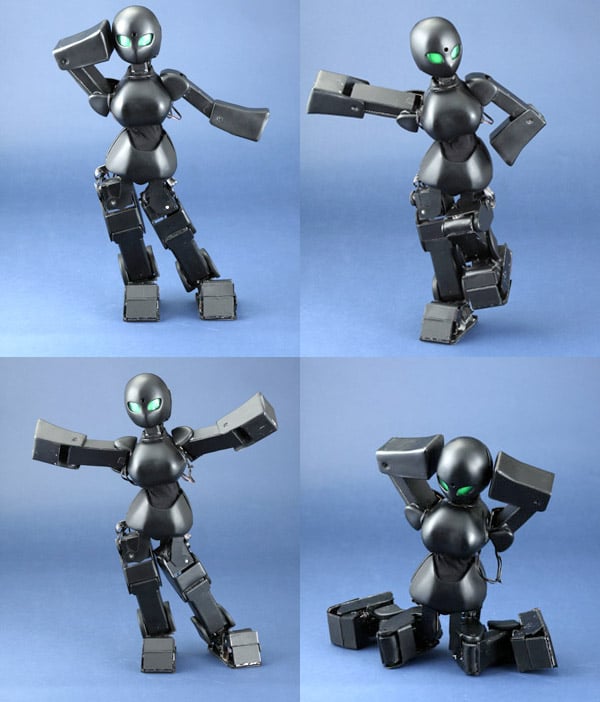 The OriHime ‘bot is actually supposed to be an emotive avatar for video chats, but can strike some sexy robo-poses controlled by the party on the other end of the line. I suppose that’s cool, but somewhat freaky, if you find it attractive this way. It’s really designed to act as a remote “friend” for lonely people, like children in hospitals, and not robo-perverts though.

Do you think that robots will take over for runway models? Well, not anytime soon as we all know that simply walking on two feet is still a real challenge for most robots.