Robo-Humany Urine Aspiration Diaper, AKA the Electronic Diaper for Men

There’s usually a lot of thought that must go into the design process for diapers. Especially electronic ones that are meant for use by men only. 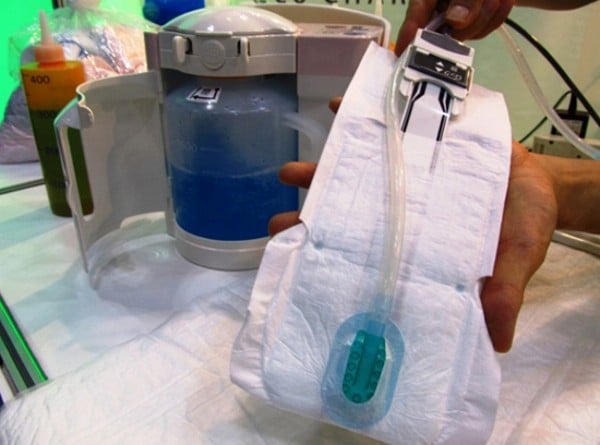 There are obvious differences between the male and female anatomy. Because of these differences, I think that the former deserves a bit more attention. Well, that’s exactly what it’s maker, Japan’s Unicharm Humancare, thought when they came up with the Robo-Humany Urine Aspiration Diaper. In short, it’s an electronic adult diaper.

The Robo-Humany was presented recently at Tokyo’s Eco-Products 2011 trade show. Basically, there’s a pocket for the penis that’s been fitted with an electronic sensor and a suction tube. When urine is detected, the vacuum tank fires up and sucks the liquid from the pad into the tank. While the whole contraption sounds weird, this makes the diaper up to ten times lighter than the usual one.

[via CNet via Dvice]