Luke, I Am Your Speaker

Wanna play the Imperial March with a bit of Imperial merch? Well, if you are looking for a new speaker for your desktop, Funko’s Star Wars Darth Vader MP3 speakers are for you. The head of Darth Vader will play whatever you like, without James Earl Jones’ voice as a DJ. 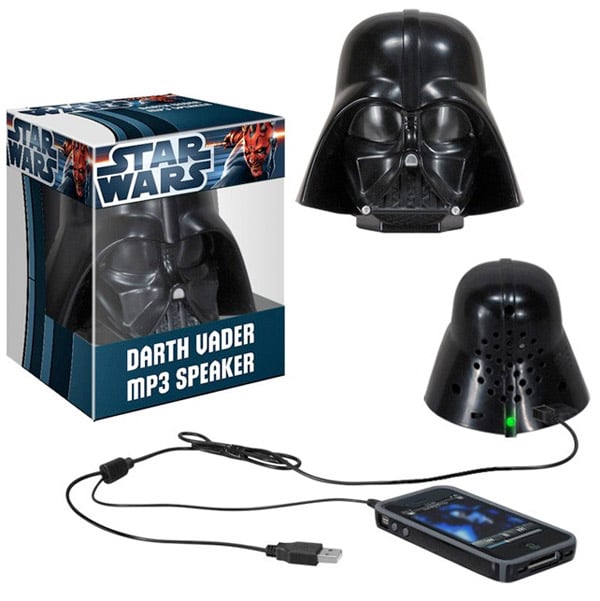 Bring me the head of Darth Vader and plug it into my MP3 player! As far as sound quality, it is likely on par with something that the Ewoks built, but at least it’s cool to look at.

These speakers feature an audio jack and a USB connection, so you can plug one directly into your phone/MP3 player or your computer. They’re available for pre-order from Entertainment Earth for $30(USD) and will arrive in April 2012. Boba Fett and Stormtrooper versions are also on the way.