The Nintendo Gamecube is probably my least favorite console ever, but this portable mod improves upon it so much that I actually want to play. With the Sly Cube, you can take your Gamecube action to go since it is now more portable. 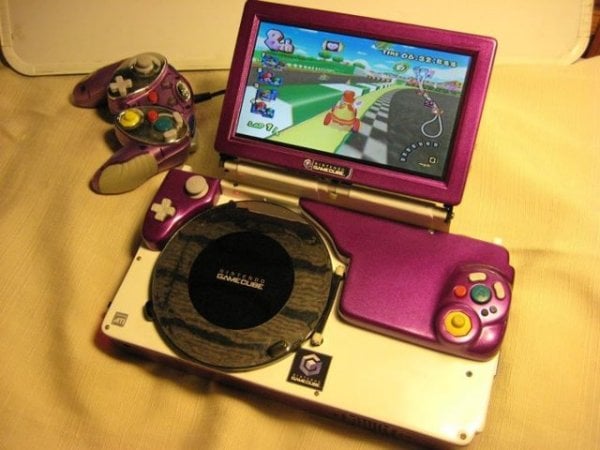 The design is really nice on this mod and it comes to us from a modder named Slipstream. Measuring in at about 11″ (w) x 5.75″ (d) x 1.75″ (h), it’s more like a netbook than a handheld though. The Sly Cube features a nice big 7″ LCD flip screen, a built-in 7.2v 6000mAh lithium-ion battery that’s good for 3-4 hours of game time, a built-in controller and ports for still extra controllers. Oh and it has built-in rumble, memory card slots, and a charge jack.

Nintendo needs to take heed of this awesome mod. If they released something like this themselves they could have mega-sales – especially if they updated it with modern hardware. I know I would buy one.