Change Identities on Your Windows Phone with Face Swap

If you’re sick and tired of how your face looks, then maybe it’s time for plastic surgery. Sounds painful and unappealing, right? Not to mention expensive. But here’s a solution for you, albeit a really temporary and novel one: use Face Swap.

If you’re an iPhone user, you’ve probably already tried using a similar app already. But if you’re the owner of a Windows Phone, you might have felt a little bit left out in the cold because of the lack of face swapping apps for your OS – until now, that is. 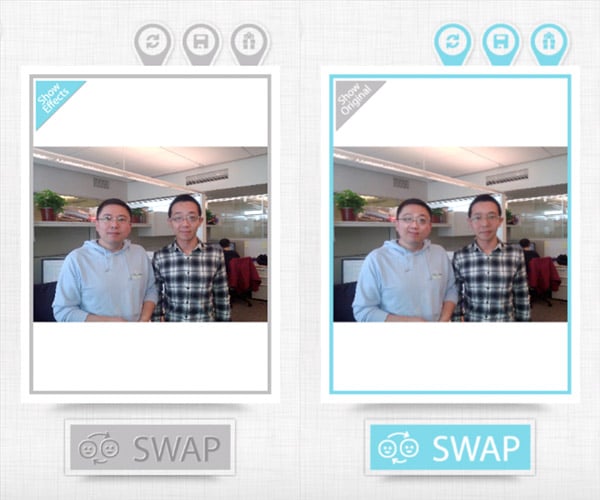 Face Swap has now been released by Microsoft Research for Windows Phone users to download and use for free! Swap faces with your friends and family with a shake of your phone or a tap of a button. Facial recognition algorithms automatically detect headshots and work the magic behind the scenes. When you’re done swapping faces, you can also post the results for your social networks to see.

There! How’s that for a quick fix?

[via Engadget via Peta Pixel]