Man Spends $16,000 on Virtual Sword for a Game That Isn’t Even on Sale Yet

To get more publicity for its upcoming MMORPG Age of Wulin, developer Snail Games held an online auction of one off in-game items. And more publicity they got, thanks to one die-hard and deep-pocketed fan, who paid $16,000 (USD) for a sword. Bits of data that he can’t even download yet and won’t last forever. Oh wait, he did get a plaque, so I guess that makes it all worth it. 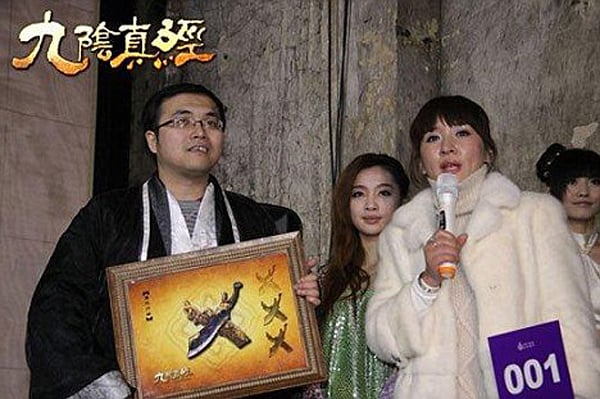 The madness didn’t stop there: other items auctioned off by Snail Games “included a sheath for Hook of Departure which was sold for $1,600 whilst a a Lordly Spear Sheath fetched $2,500. Other relatively modest purchases were made with pre-paid time cards amounting to just $15 whilst enhancement materials went for a mere $30.Meanwhile, rare mount that characters can take advantage of in the game cost an estimated $70 during the sale.” Suddenly that Diablo 3 Auction House makes a lot more sense.

Seriously though, how did we get to this? Are we that bored and sheltered that our priorities are now so skewed and misplaced? Or does that sword deal one-hit kills while leaving a trail of unicorn-riding strips of bacon in its wake?

[via Daily Mail via Slash Gear]