60beat GamePad for iOS Devices: Aaaand We’re Back to Where We Started

Even though many popular games on smartphones and tablets have great touch controls, there are still lots of games that would be easier to play with good old buttons and joysticks. Hence the popularity of products like stick-on buttons or joysticks. But as mobile platforms become even more lucrative, we’re seeing console games such as Final Fantasy Tactics and Chrono Trigger being released on them, but not with touch-friendly controls. So, as hilarious as all this is, I still am not surprised that someone’s come up with a full gamepad for iOS devices. 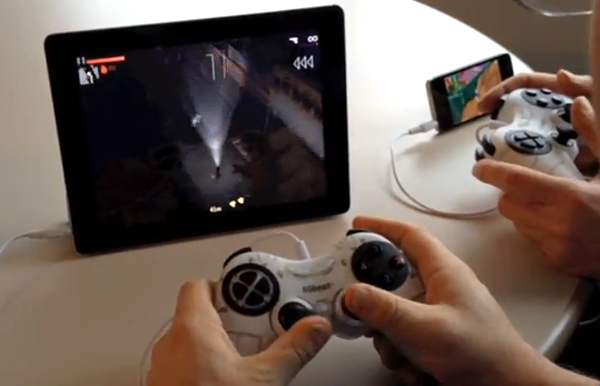 The simply-named GamePad by 60beat looks a lot like a PS3 controller – down to the button layout– except with odd smudges on the case. It works with the iPad, iPhone and iPod Touch and requires no battery because it’s plugged into the headphone jack.

I’m sorry sir, but this is a classic controller. Now, the GamePad seems like a decent peripheral for the dedicated iOS gamer right? Not really. Or not yet, at least. The video didn’t mention two of the GamePad’s weaknesses. First of all, it’s currently only compatible with two games. TWO. If you’re not into Aftermath or Bugdom 2, the GamePad is not for you. That’s a niche of a niche of a niche market right there. And even if you were into those two games, you still have to justify the controller’s price – 60beat is selling it for $50 (USD). It’s a great idea but I think we should all pass on this one until more games support it.